Breaking the d20 out of retirement 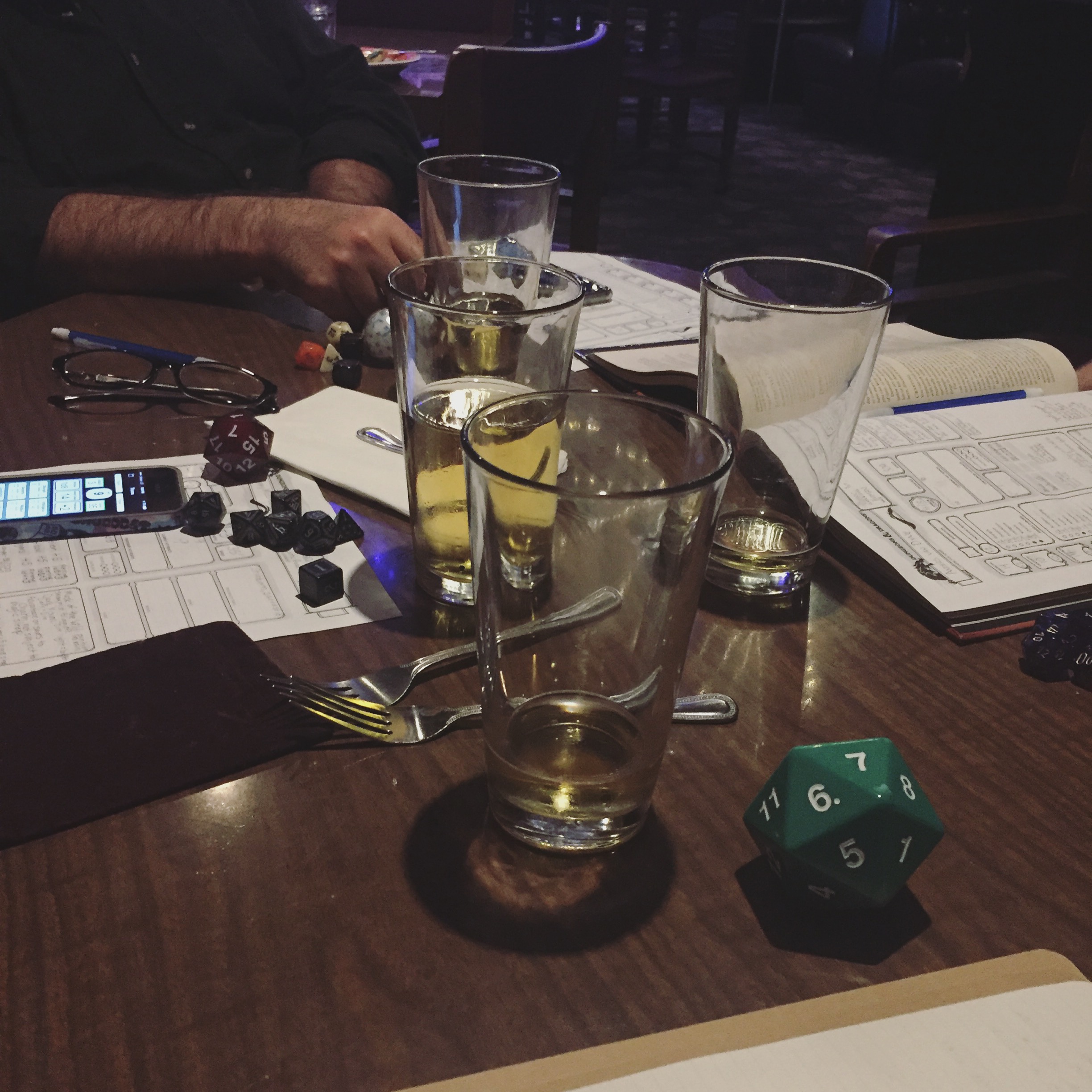 This week I got together with a few of my closest friends over 40 and we rolled some serious D&D dice. It’s been decades since I actually played the Dungeons & Dragons, and this was after an entire year of promising to get the actual game together. Everyone rolled up 5th Edition characters and showed up the bar with Player’s Handbooks and dice, ready to throw down. Yes, we played at a bar. We had pub food, cheap draft beers, and it was glorious.

It was very surreal, actually sitting down and playing. I’ve been buying D&D manuals and modules for years, even though I’m not playing. And I’ve spent way more time on Twitch and YouTube watching other people play the game. I’ll admit, I was a little nervous at first, playing the dungeon master. My main source of anxiety was making sure I still had the mechanics of the game down properly. In the end I think I might stocked the game with softer monsters than necessary, but everyone had a great time. Now it’s just a matter of figuring out when we can all do it again!

Nexus in Reykjavik, Iceland
My nerd loot from SDCC 16