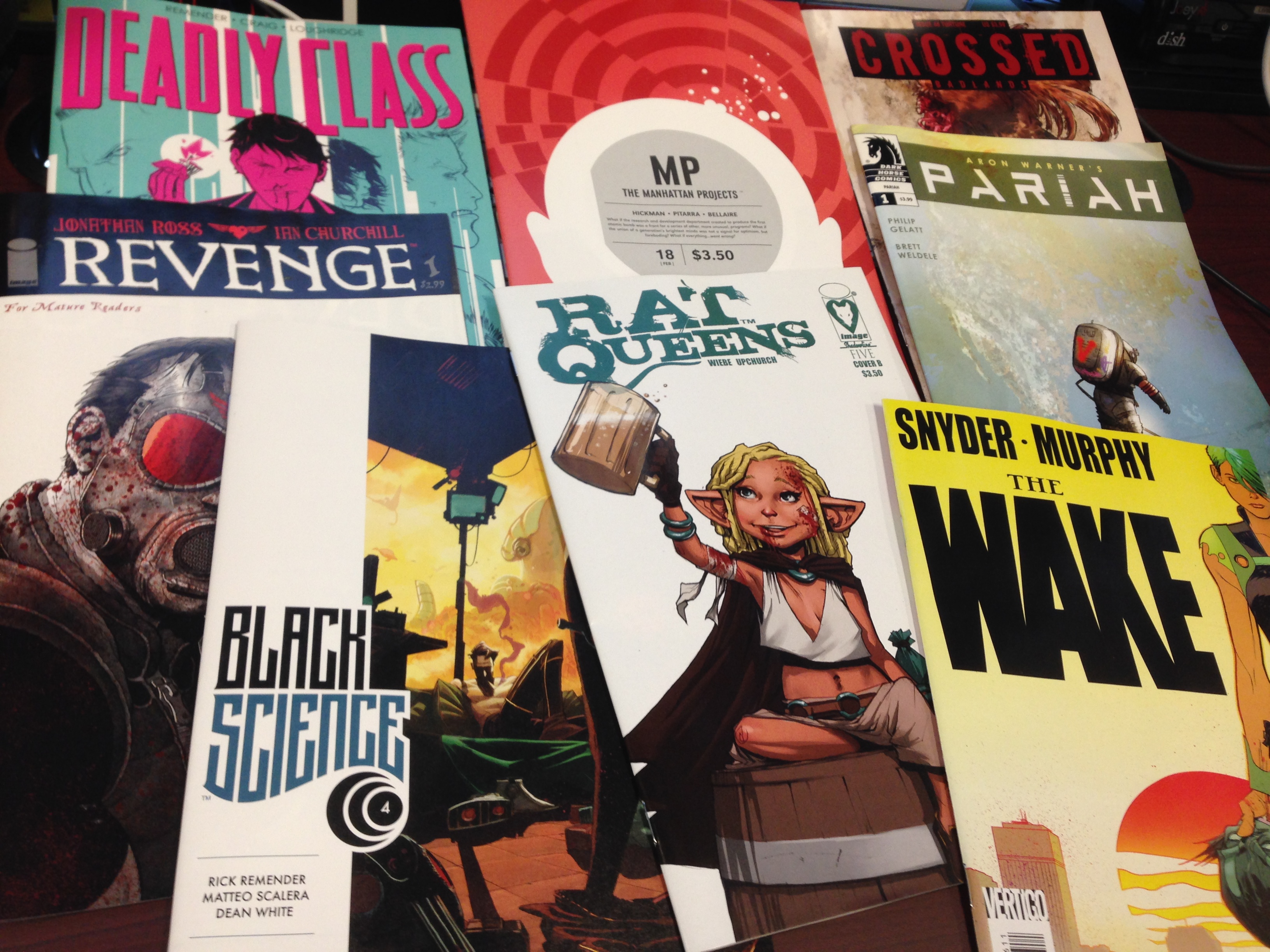 Okay, it’s time for my weekly Wednesday comic book pull list – on a Thursday (work & life prevented me from snagging my precious books on time). Anyway, it’s a pretty thick week of awesome:

Rat Queens #5 – Without a doubt, this is
It’s slightly depressing to hear that this book is moving to six week shipping spread because I can barely wait a month between issues. Along with Saga, this is one of my absolute favorite comics in ages. There’s a reason it’s been on every “awesome comics” list in last few months.

Crossed: Badlands #37
I haven’t been that thrilled with the last few short arcs, though they’ve each had their moments. That’s the great thing about this ongoing run of Crossed, evenyone in the current story will soon be murdered and you get to meet a new bunch of survivors.

Revenge #1
I’ve been selective when snagging first issues lately, especially with so many new titles launching lately. The title makes the story somewhat self-explainatory, so it was definitely the gory artwork that added it to my stack. It just seemed like a perfect companion to read along with Crossed – and then weep for humanity.

Wake #6
I think it’s crazy clever the way the previous arc ended and then sprung ahead to the future timeline for the next half of the 10 issue run. I’m in love with the epic scope of this story. I hope the frantic pace keeps up, and the awesome character develops with this issue’s new introductions. I’m ready to see mankind’s last survivors finally start kicking merman ass.

Manhattan Projects #18
This story went insane a long time ago, and it always takes me a few minutes to remember where the last issue left off. However it’s always impressive how Hickman juggles all these super geniuses, their egos, and their complete lack of humanity among all the violence is a joy to behold.

Black Science #4
I love the hard sci-fi storyline of this title. I’m eager to read this one, but I need to play catch-up on #3 (and possibly restart the series) first.

Pariah #1
Another sci-fi title! It’s my lucky day. I’m pretty much going into this one cold, so I’ll let you know later how that whole ‘judging a book by its cover’ thing works out.