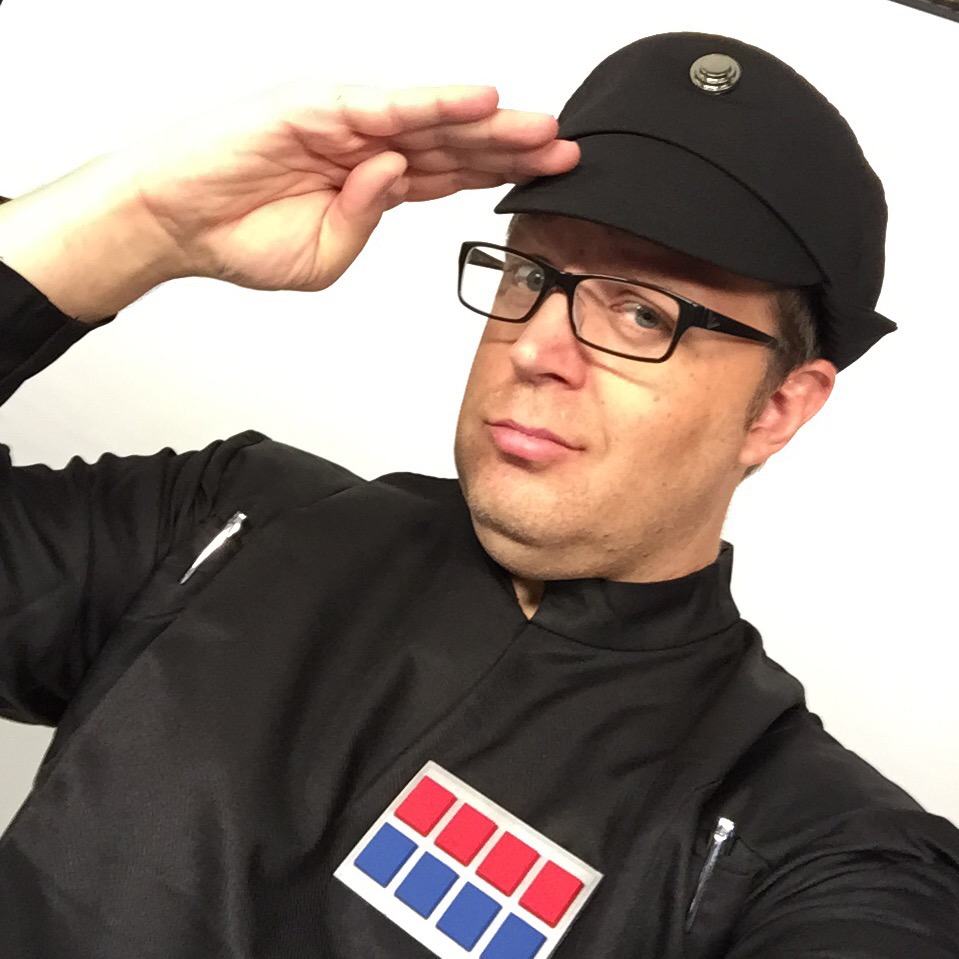 We had an incredibly fun day in the studio today, filming scenes for a Star Wars spoof that’ll be part of several customer related events. I wrote and directed the humorous, short film about how Darth Vader deals with the Imperial IT officers who accidentally let the Death Star plans get stolen by Rebel Alliance hackers.

I also acted in the video as one of the Imperial douches, along my friend Bryan, both of us with very questionable British accents. The costume fit me surprisingly well, much better than the Rubie’s “deluxe” Vader costume we bought off Amazon. The eyes on the helmet weren’t opaque enough, so we had to put black tape inside the sockets, making it hilariously difficult for Ryan to act out scenes and still look imposing. 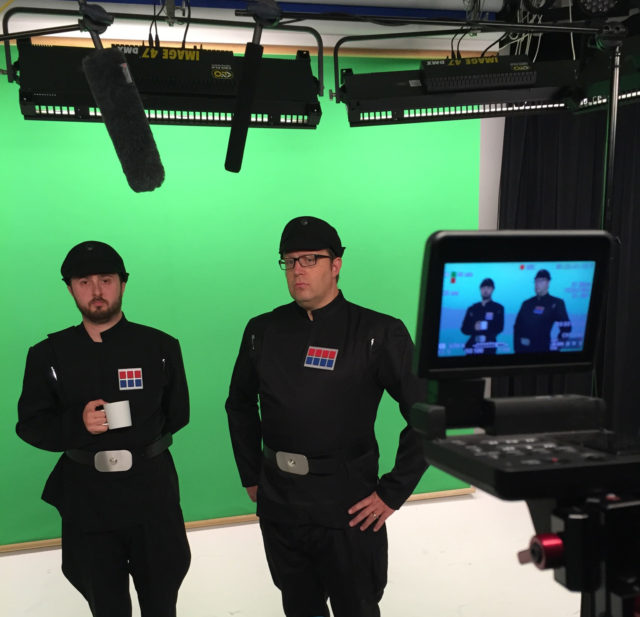 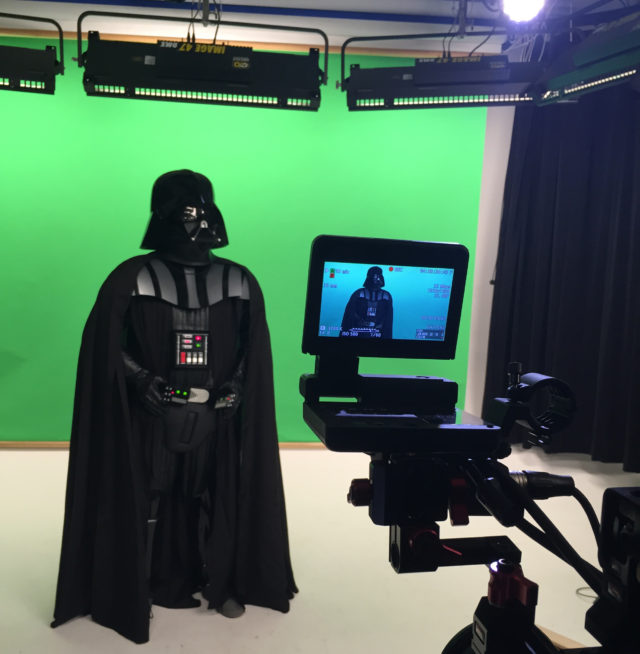 Here’s a screen grab from the video, which will be shown at a few dozen special screening events around the country, and in Brazil and The Netherlands when the actual Star Wars movie opens this month.