Destiny Diary: How much do I need that Icebreaker? 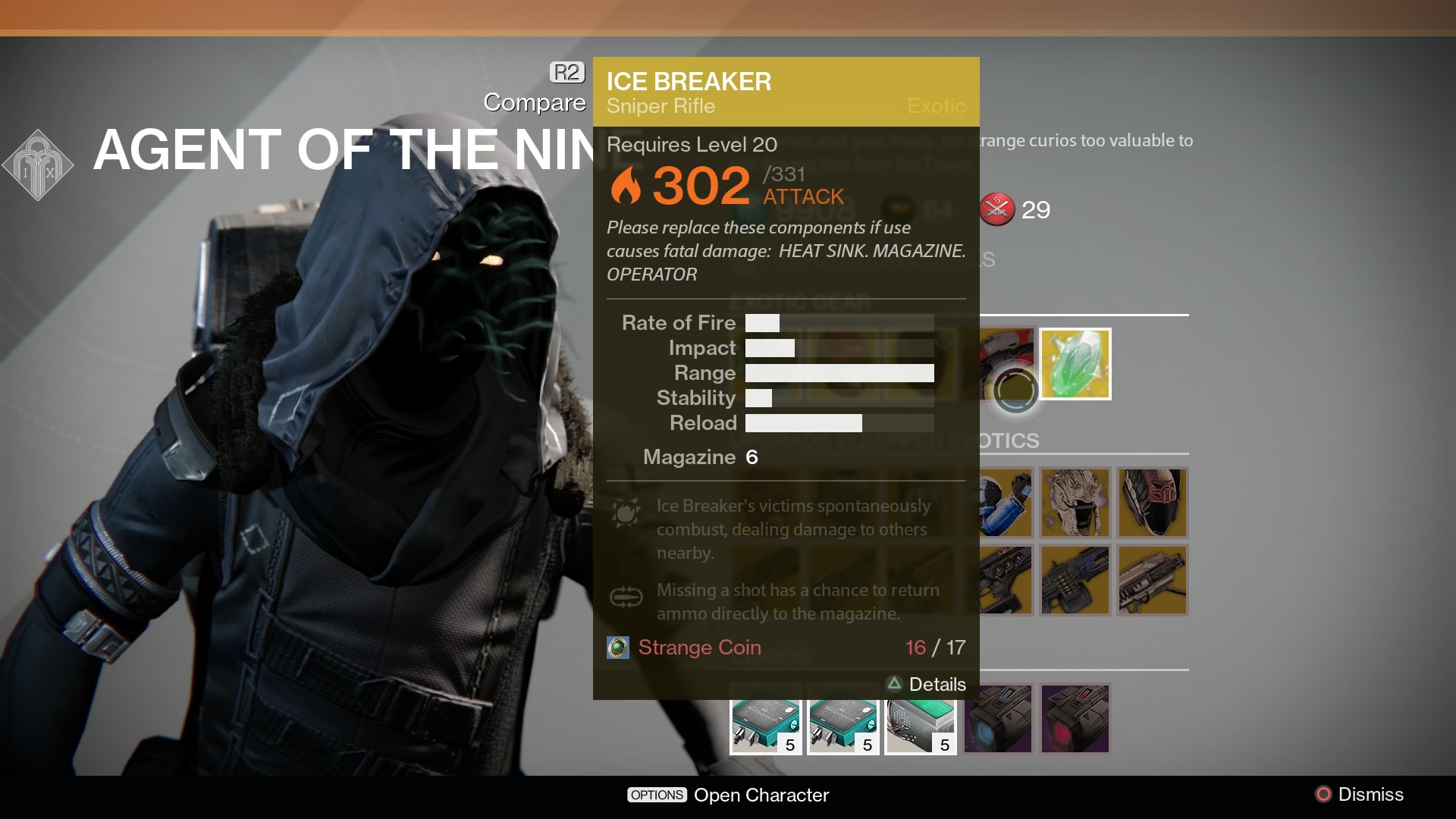 It’s a story as old as time itself. A lone guardian spends a week dashing around amongst the wreckage and shattered remains of mankind. His entire week is spent playing grab-ass on Earth patrols and performing reckless Sparrow stunts on Mars. Friday morning his world comes crashing down around him when he learns that Xur is selling Icebreaker, and he probably should have been saving up for it. Granted, this is like a thousand years in the future so he wouldn’t have heard the old parable about the lazy squirrel who didn’t collect enough nuts for winter.

Wait. What am I talking about?
Oh yeah, buying Icebreaker.

I jump into the Destiny app and do a quick scan of my inventory, noting that I only have 13 – of the required 17 – coins needed to purchase the Icebreaker from Xur. Shouldn’t be too hard to get, right? The easiest way to earn coins is by running the weekly Nightfall strike, which I already completed, earning nine coins. That’s the hands-down easiest way, and I already exhausted it. It turned out that I was going to have to work for it. I mean really work for it, considering that I was taking the kids to Disneyland all weekend, leaving me with just a few hours accomplish this task.

Just before I went into grind mode, my Destiny bros all lectured me on how I should have two more level 20 Titans, so that I can earn 18 more coins a week. Hell the fuck no. I’m not hardcore enough to run all the Destiny chores three times a week. Sometimes I don’t even like doing them the first time. Imagine doing six Omnigul runs!

Anyway, I left work a little early and dropped into strikes, which later decrypted into only two coins (and a ton of ascendant energy). Later, while my kids watched their Disney shows, I popped onto my Vita to dash around Mars opening gold chests – which snagged me one more coin. I spent the later part of the night running a rotation of Public Events, that brought in a ton of MOLs.

Unfortunately, I was one coin short and out of time.
Painful, to say the least.

I don’t really have an epic ending to this story. There was a time when I would have stayed up all night grinding away, but these days I’m all about work-life-game balance. The next morning, as I buckled myself in for the long drive to Disneyland, I accepted the fact that I can’t define myself or measure success by one virtual item on an imaginary video game character. But don’t think I wasn’t cursing about it every sixty miles, “F$&@#ng Icebreaker!”

There is a happy ending. While on the road, my pal Ryan texted me, asking if I eventually got the rifle. He offered to log into my account and finish the quest – which he did spectacularly, after only a few strike missions. 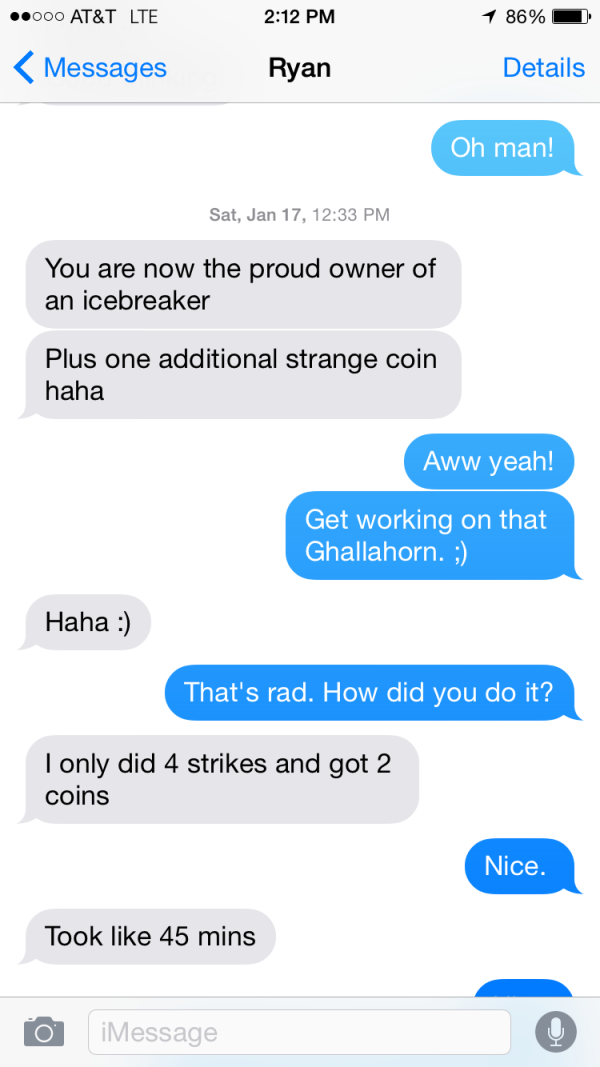 Some guys have all the luck…and now this guy has an Icebreaker.

My loot from Image Expo 2015
For a moment, I felt just a glimmer of the Force