While out on a family adventure this weekend, I had the chance to visit Dr. Comics & Mr. Games in Oakland, California. 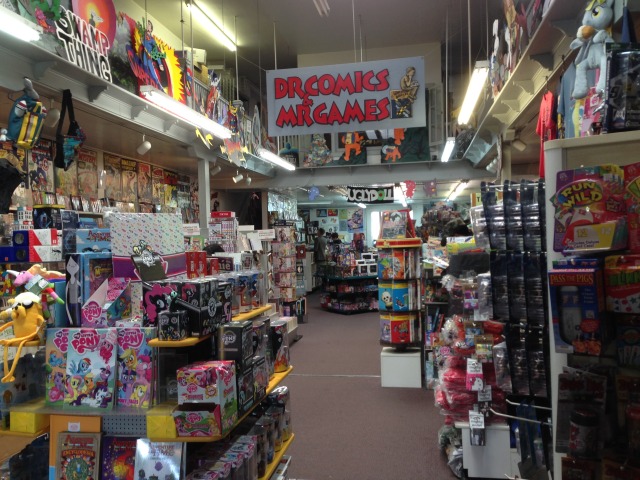 Much like the Tardis, and most comic shops, it’s much bigger on the inside. The store’s layout is fairly straightforward, but devious by design. The new comics are along side walls, with the more popular (superhero) titles near the back. To get to them you must survive a gauntlet of irresistible collectibles ranging from Doctor Who trinkets to action figures of every variety.

I’m a huge fan of independent comics, so I found it kinda interesting that the Marvel and DC titles were shelved separately from the alternate titles. It’s cool for someone like me that rarely picks up the mainstream stuff in single issues, but I also think it limits discovery from readers who would discover some of the best comics published today. 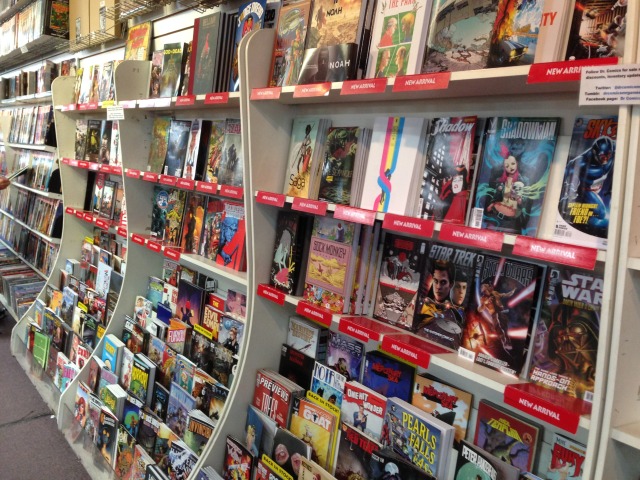 The other side of the store has a pretty extensive manga paperback collection, and there’s all sorts of geek clothing and gaming items scattered throughout. Here’s a reverse angle of the store (sorry for the blurry quality). 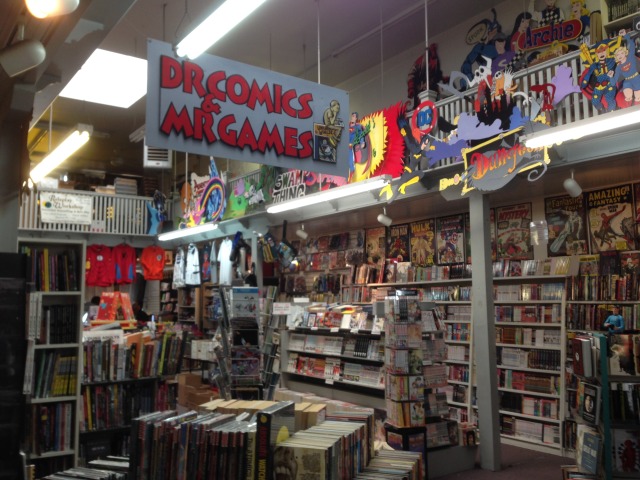 Verdict: This store is legit, and I would be at it all the time if I lived up in Oakland. The staff I interacted with were quite friendly and totally helpful. At one point I asked about a comic and they went out of their way to check inventory and shipment information for me. The store it totally worth a visit, and I’ll definitely visit the store again when I’m in the neighborhood.

Unpacking the March Lootcrate
That time I collected Spawn figures...