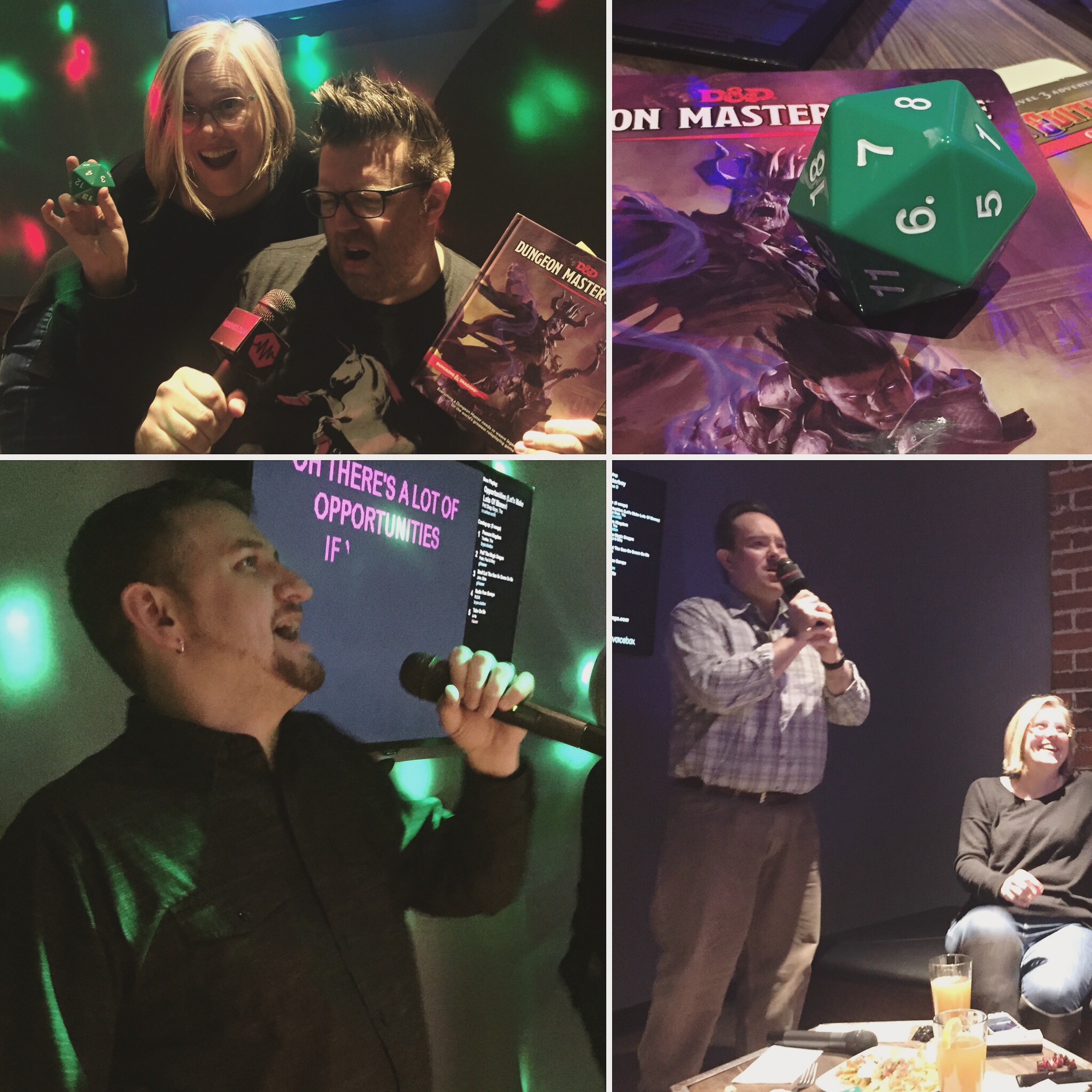 I’ll admit, it’s been a real hassle getting my group of forty-something nerds together for D&D night. Between kids and jobs, and the endless march of time, the timing is never just right for each of us to drop everything and throw down with a d20. So when we get together, it’s imperative that we make the most of the evening.

We’re all aligned in the same goal, to “get out of the house” and socialize, which is why none of us simply host the event at one of our houses. We often opt for a bar or restaurant where we can slip into a corner booth and be left alone. It doesn’t always work out. People spot us nerds from a mile away.

I was lamenting this fact to our rogue, Melinda saying, “I wish there was a place like Voicebox where we could just get a room and play D&D.” For those of you that aren’t from Portland, Voicebox is a karaoke bar where reserve private rooms for karaoke parties. It turns out that Melinda had a Groupon deal and the rest is history. Within 10 minutes we had all agreed to play D&D in our Voicebox room, while singing and performing throughout the night.

To say that it was a complete fucking blast would be an understatement. Since you can run the entire playlist from your mobile phone, I decked out the lineup with songs that work for narrative sections where we talk and roll dice. “Lullaby” by the Cure or “For Whom the Bell Tolls” by Metallica worked well on those occasions. Battles would often break into epic song fights to tunes like Led Zepplin’s “Immigrant Song” and other battle ballads.

We’re still working out the kinks, but I don’t think I’ll ever be able to play D&D, or sing karaoke for that matter, quite the same way ever again.

Visiting Hobbitton, New Zealand
The life of an intergalactic smuggler