Geeking out around Tokyo, Japan 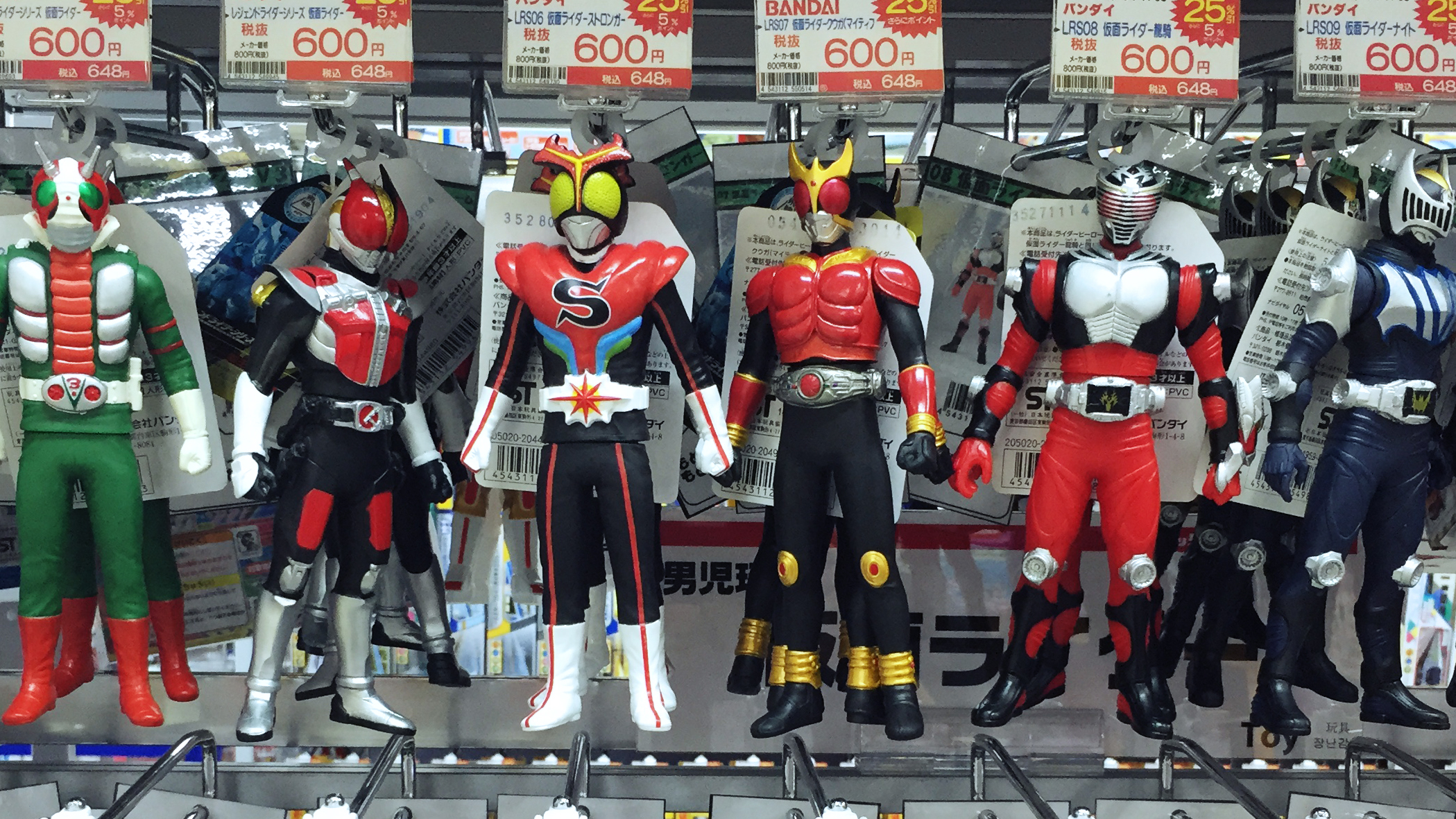 The jet lag killed me.

I’ve been on a lot of international adventures, but never experienced the aftermath from a brutal, sixteen hour time difference. Whatever blogging or Flickr uploading I wanted to do upon my arrival home was near impossible when I inevitably slammed into that impenetrable wall of exhaustion.

Firstly, I almost went about this trip all wrong.

My best travel advice for going to a place like Tokyo is to go there and just take it all in – especially the food. Embrace the weirdness. Often I gone on trips like this, planning to do very specific things – like find certain geeky, collectibles – only to find that what I’ve been daydreaming is quite different from reality.

Manga and anime, as mush as I try to get into them just, aren’t my thing. (Except maybe for Attack on Titan) All of these amazing Japanese pop culture stores were completely lost on me. Basically, I realized that I wanted to find American pop culture things covered in Japanese writing. And while it seems like a cool thing to strive for, I soon discovered that people there love American collectibles when they’re covered in English writing. In the end I found myself surrounded by things that I could just buy at the mall back home.

Learning that early on took some of the pressure off, leaving me to just explore. Being on a working vacation certainly helped. I was there to shoot a ton of video, so we traveled to a diverse number of iconic Tokyo locations to capture footage.

All the comforts of home, with the weirdness of outer space.

Visiting Tokyo was like being in a Federation spaceport when the universal translators are on the fritz. Communication is difficult, but not impossible.

Food was more or less what I expected. I never envisioned ramen would be so incredible. Ordering food is a snap when you’re just various pushing picture buttons on a vending machine, rather than talking to a waiter. There were a few meals where I was present with something truly bizarre, but I just popped it in my mouth and hoped for the best.

No slurpees at the 7-11. Finding lots of other interesting things.

I found one of my favorite snacks at the 7 Eleven. In place of the hot dog under heat lamps, endlessly rolling towards oblivion, there was an assortment of fried and breaded mystery meats. I would like believe that I was eating a fried chicken breast each time, but I really have no idea. I avoided going to McDonalds or KFC, which were everywhere, but ended up having Dominoes’ pizza one night during a filming break. In case you were wondering, it was very gourmet and served with packets of honey.

I was smart an ordered a personal wi-fi device for the week. It enabled me to Facetime and Skype back home with ease. In fact, the download speed was faster at times than my home Internet connection. The only real challenge was figuring out when to call home as a time that wasn’t completely outrageous.

I've had this little WiFi device in my backpack all week. Nearly unlimited 165mbps internet service for under $10/day. #lifesaver

It’s fascinating to observe the cultural fascination with youth. Whether it’s the ubiquitous anime school girl characters or the androgynous male pop stars with Goblin King hairstyles, there’s never a shortage of airbrushed faces gazing at you from billboards.

Also, maybe it’s because we ended up in some of the crazier, neon hotspots, but it seemed like there were porn stores and “relaxation” clubs everywhere. We passed one such place, surrounded by a small army of bouncers, and I asked one of our actors what went on in there. He explained that, “It’s a place that men go when they want smooth skin. The young women massage your face with lotions.” I then asked him if that inevitably led to hand jobs, but he suddenly didn’t understand English. Despite my extraordinary hand gestures, he purportedly didn’t know what I was talking about.

Achievement unlocked! I made it to Tokyo Disneyland.

The only thing I was determined to accomplish, outside all the required videography, was to visit Toyko Disneyland. I made it clear to everyone early on, that I would be going there before we left town, whether I was alone or not. My whole group rallied at the last minute, and we navigated the rail line out to the theme parks. The experience did not disappoint. It was like being in a parallel universe where everything was slightly off. The park seemed smaller than Disneyland, but was more reminiscent of the Magic Kingdom in Orlando. My favorite moment was experiencing Haunted Mansion (curiously placed in Fantasyland), with in an ominous Japanese narrator.

Without any planning, I had a pretty rad Japanese adventure. And I acknowledge completely, that I barely scratched the surface.

Portland, I'm glad to get to know you. Again.
My nerd loot from SDCC 15