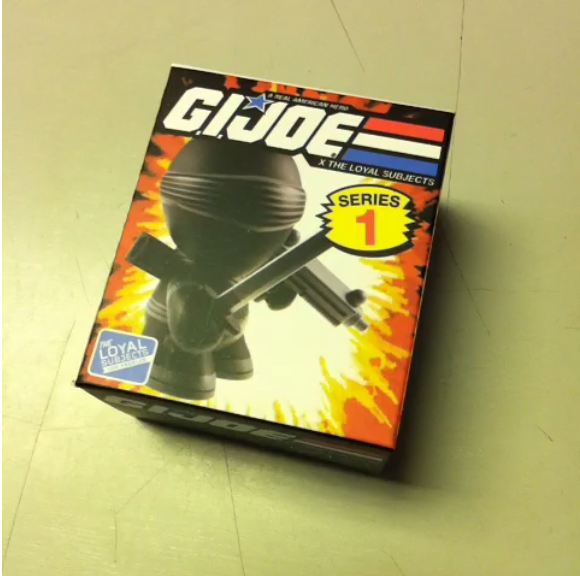 Just what I need in my life: another foil blind pack collectible. As if Disney Vinylmations and Lego Minifigures aren’t enough, now I have Gi-Joe vinyl figures from The Loyal Subjects to worry about.

The moment I saw these things on the shelf at Midtown Comics, I knew I was in trouble. The sales guy said that he had good luck in finding Cobra Commander and Destro – which was all I needed to push my decision making over the top. I eagerly ripped into my package (several feet from the register) and this is how it went…

Leatherneck, really?
I snapped up another box and got our of the store before my impulse control got the better of me. And then this happened…

Okay, so these aren’t the Cobra guys I’m looking for, but they’re pretty cool. And now that I know that one of the “mystery figures” is the Hooded Cobra Commander, I’m hopelessly addicted. Looks like I’ll be putting together an online order later today. wish me luck.