I’m at the Prometheus Waterfall! 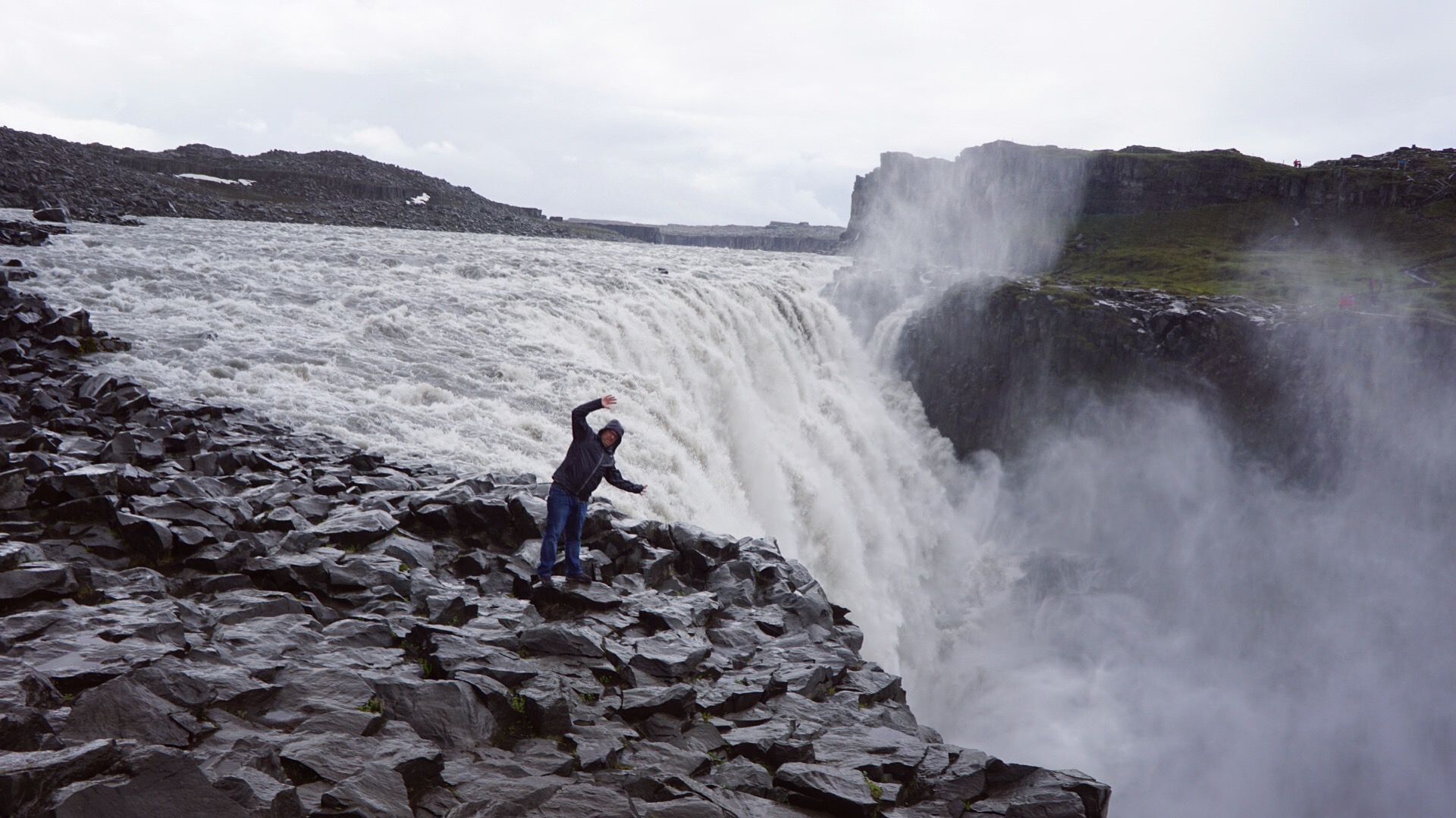 I think my favorite thing about traveling Iceland is how dramatically the landscape can change over just a few miles kilometers. One moment you’re in a scenic storybook landscape and in the next you’re alone on an alien landscape. That’s the main reason that so many genre movies have been using the “land of fire and ice” as the backdrop for otherworldy tales. Driving across the countryside, I directed an entire sci-fi short film in my mind (one that I hope to shoot there someday).

Which brings me to the Godafoss waterfall, featured in the opening scene of Ridley Scott’s Prometheus, the pseudo-prequel to Alien. I traversed down to the waterfall’s edge, the same place that the alien Engineer drank space poison before falling into the falls. Eliza also got in on the action, snapping another “oh no, I’m going over” shot (safely away from the actual edge of the falls). 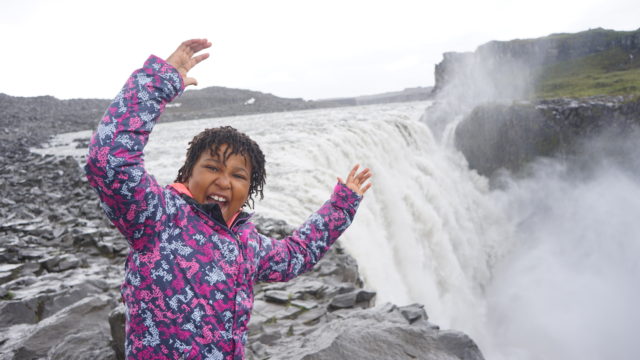 The Goonies Jail in Astoria, Oregon
Nexus in Reykjavik, Iceland