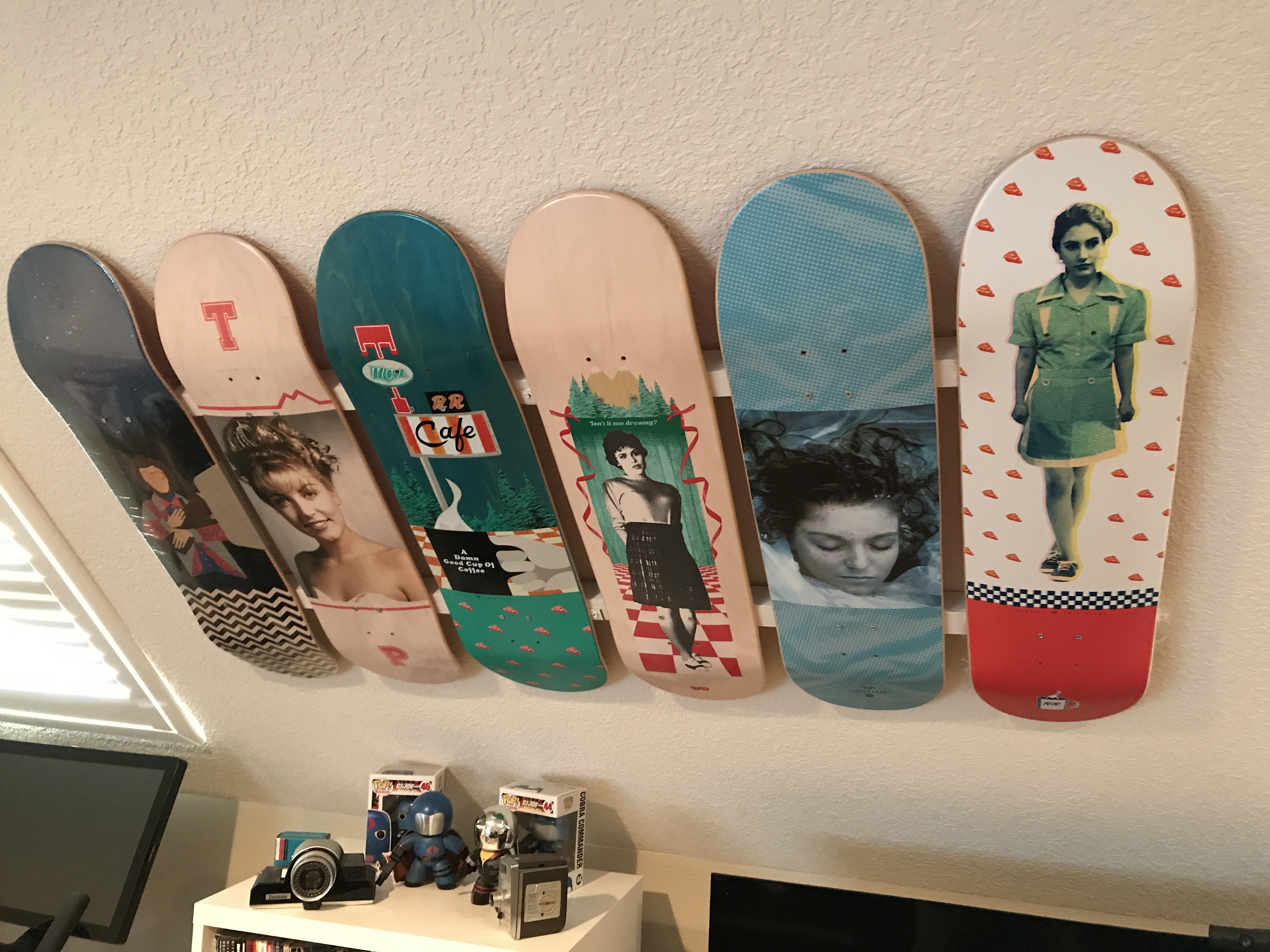 It’s a weird feeling being a Twin Peaks far for the past 25 years, especially seeing a sudden explosion of merchandise after decades of nearly nothing.

Okay, there’s been a lot of fan-created stuff and the occasional Blu-Ray release, but nothing, well…official. But, my how that’s changed. Here’s a quick (updated) look at how far I’ve gone off the deep end.

Habitat Skateboards released a line of Twin Peaks skateboards at SXSW. I now have them all, most mounted on my wall at home. 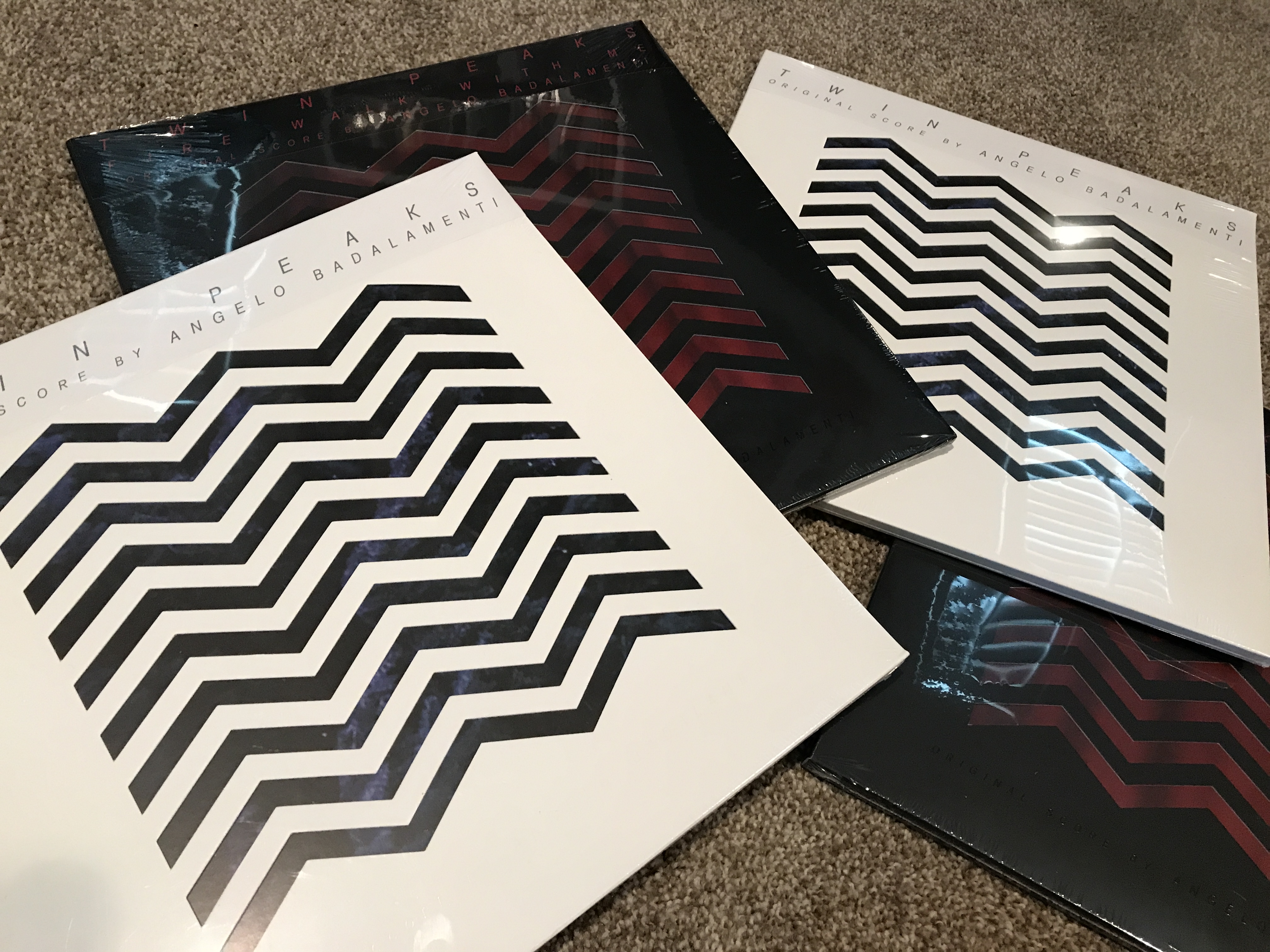 Funko has been pumping out TP Funko Pop figurines, and even a pack of action figures, which I still can’t believe exist. 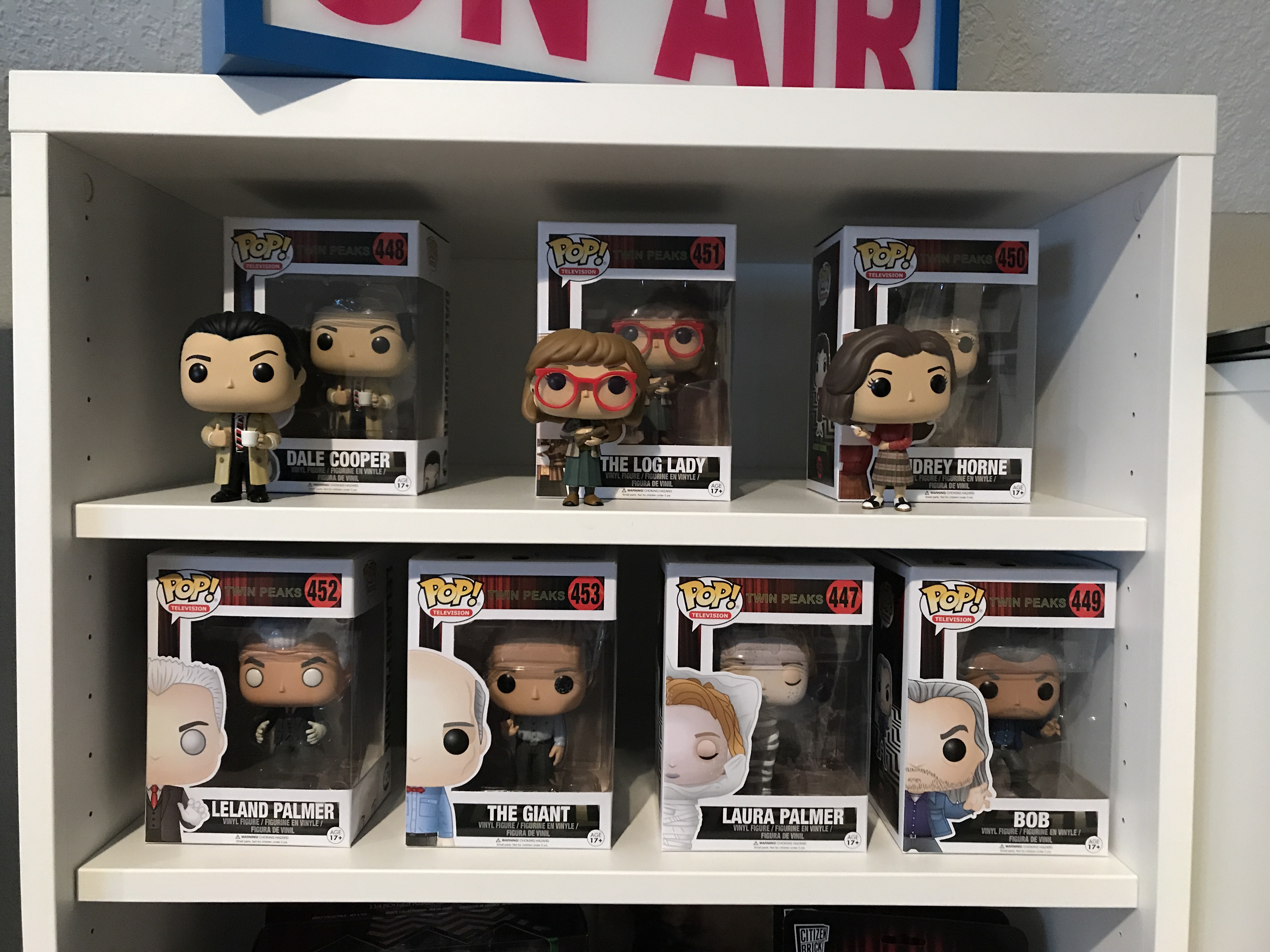 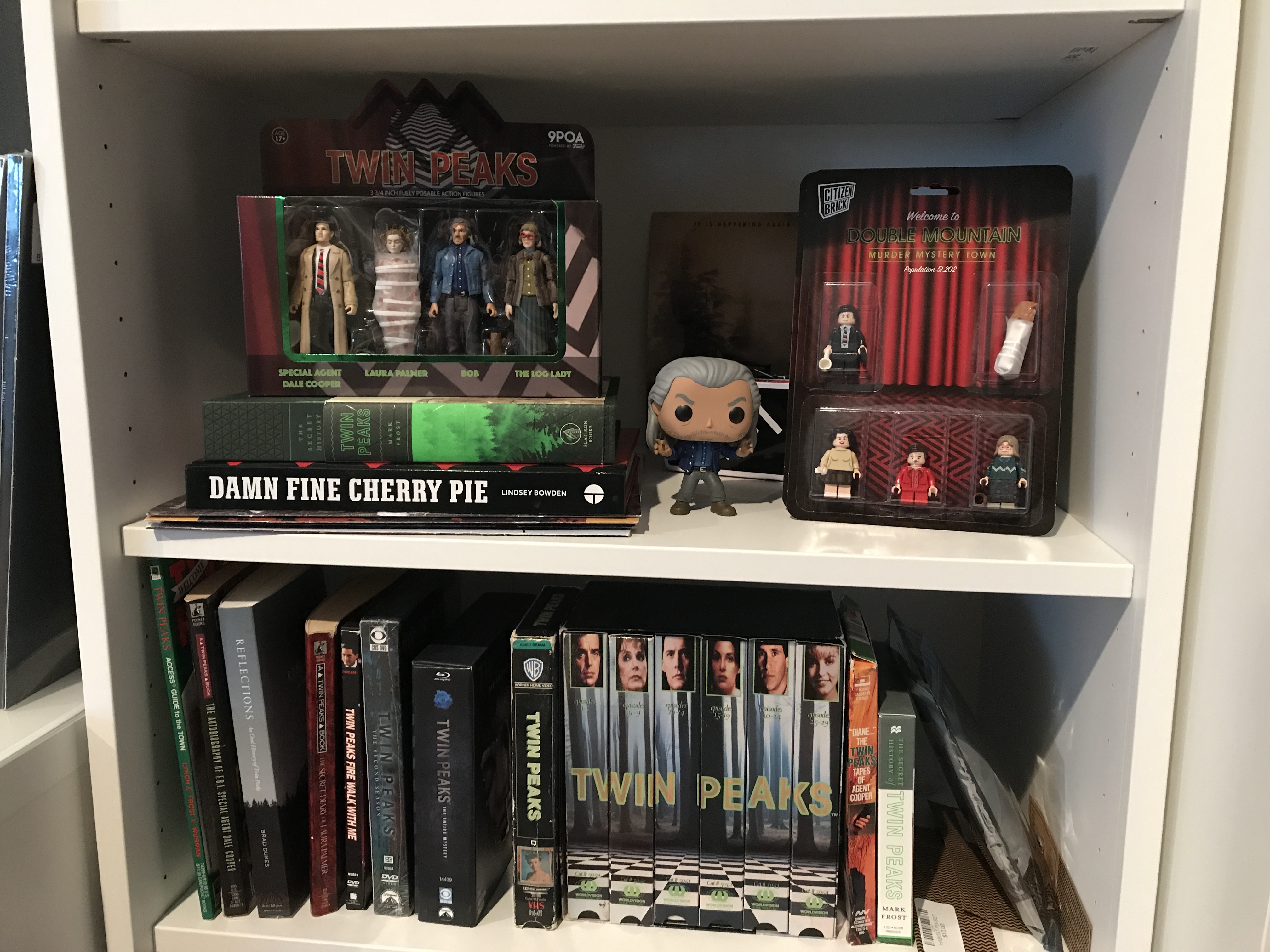 Aside from that there’s pins, books, and a terrific new fanzine Blue Rose Magazine. It’s a great time to be a Twin Peaks fan, just not his/her wallet.