My nerd loot from SDCC 16 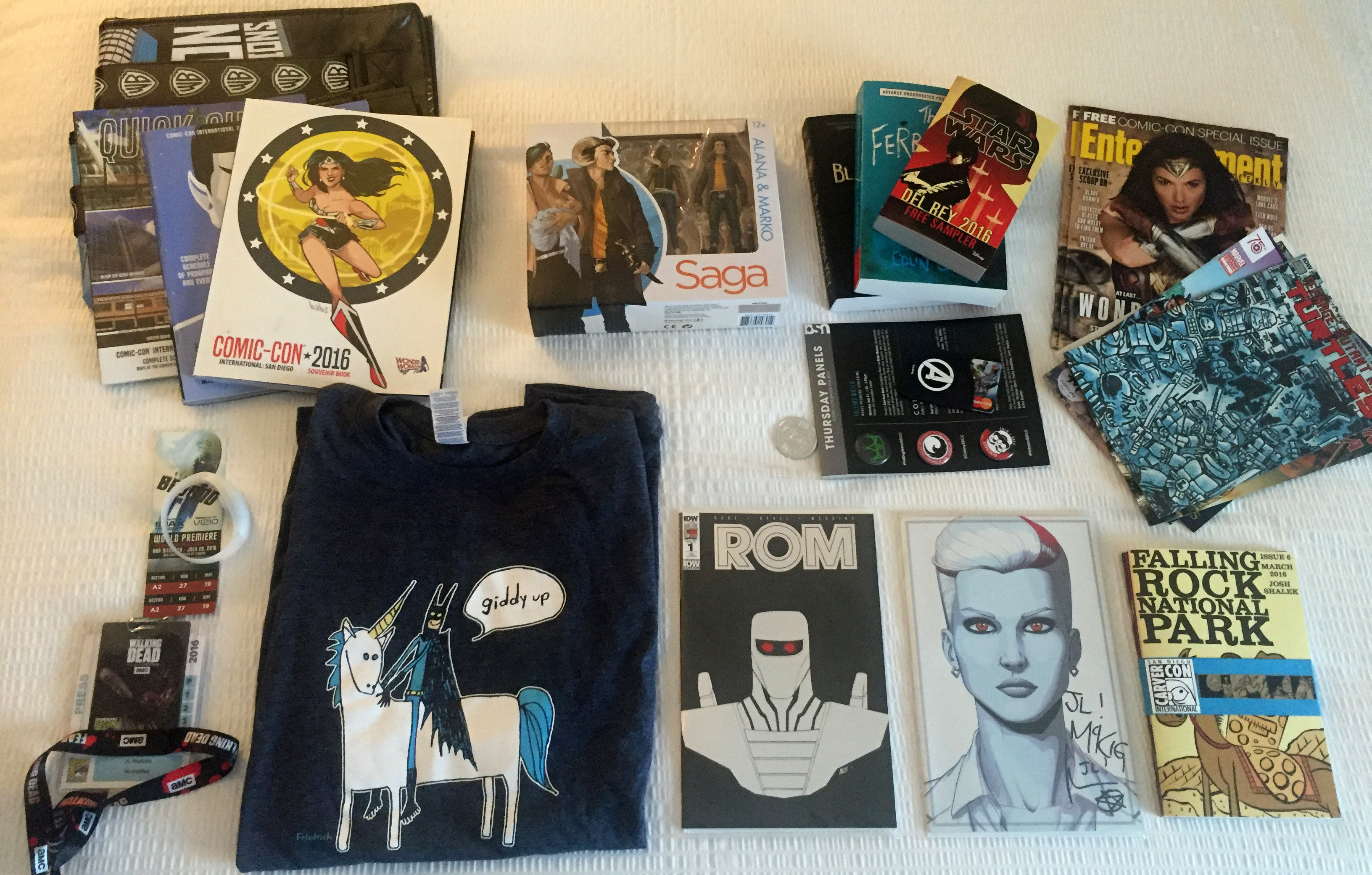 I had another rad trip to San Diego Comic-Con this year, and I’ll load up some photos and impressions shortly. Until then, here’s the traditional photo of my loot, spread out on the hotel room bed.

You’ll find the usual SDCC stuff like bags and programs, and there’s a small amount of promotional books at items. I’ve gotten really good and just not accepting any weird, free thing someone hands me. Anyway, I got another unicorn t-shirt, Saga action figures (!!!) and some signed comics. It was a rather lean year for swag and collectibles.

However, my kids left the show with a TON of stuff, so mucf, in fact, that i was worried about our luggage weight for the return flight home.

Breaking the d20 out of retirement
Kings Comics - Sydney, Australia