My nerd loot from SDCC 17 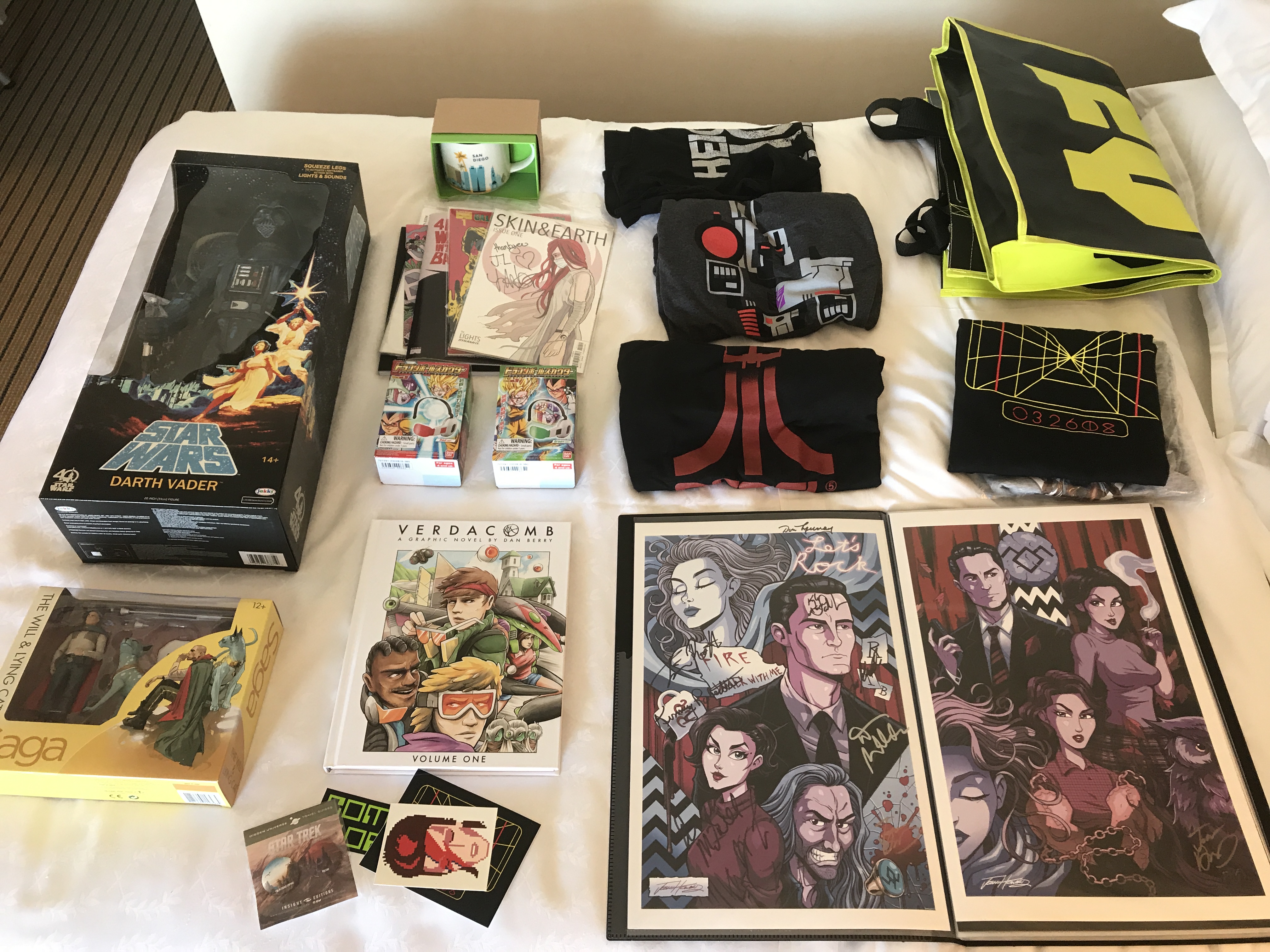 It’s time for my annual tradition of posting photos of my loot from the latest nerd convention, something I’ve been doing since way back in JR high school.

This year, I ended up with a kick-ass Star Wars 40th Anniversary Darth Vader doll, The Will and Lying Cat figures (from Saga), convention exclusive comic books (most signed), half-dozen t-shirts, Dragon Ball Z scopes for the kids, and eleven Twin Peaks prints from Josh Howard, and then all the small random stuff that ends up in the bag along the way.