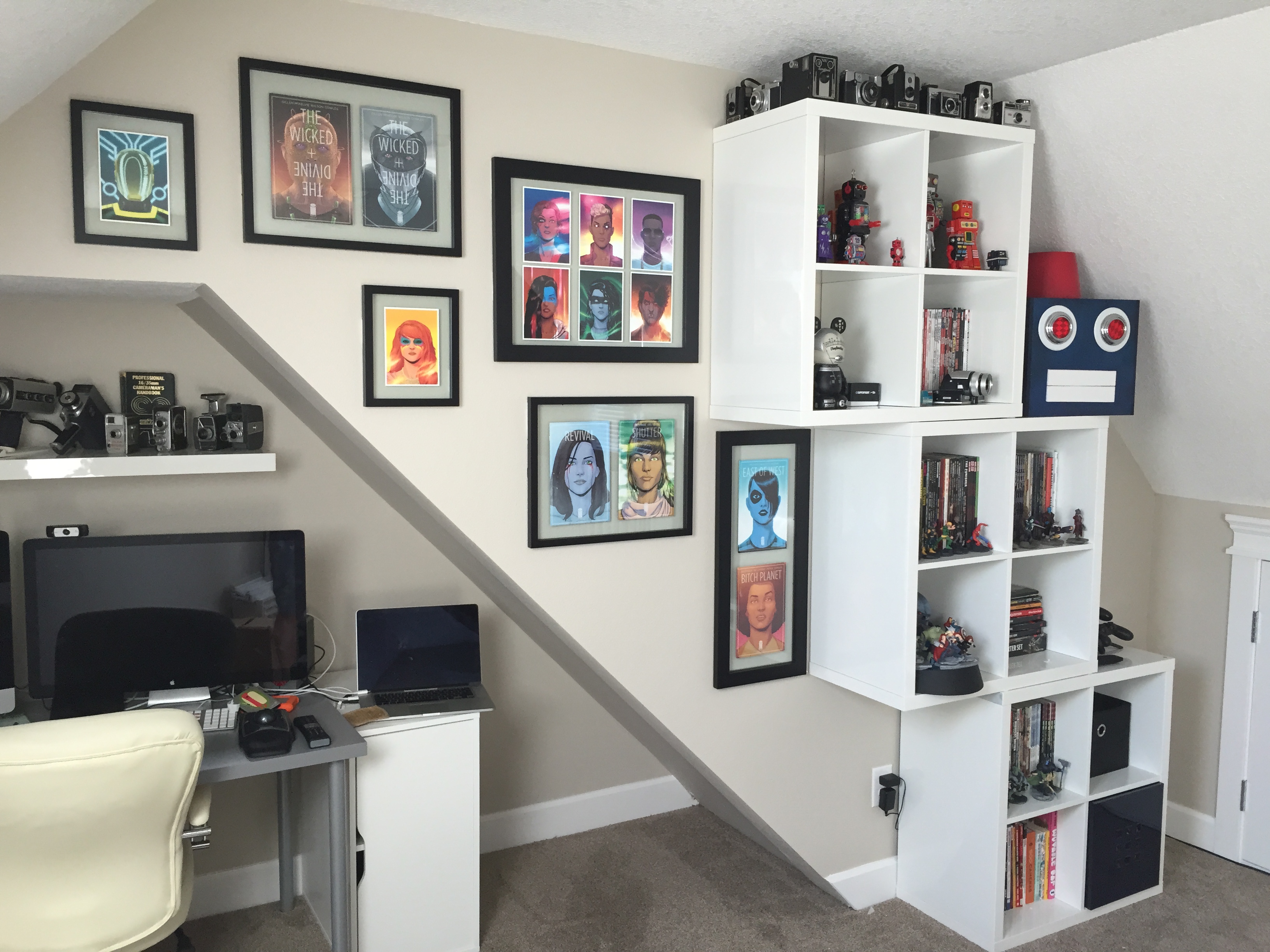 Now that I’m back from my international and geeky travels (for a while), it’s time to shift focus on getting my office space into shape. For months I’ve been hoarding variant covers from Jeff Lemire and John Tyler Christopher. However, I decided that the walls would reach maximum radness with the Wicked + Divine covers from Jamie McKelvie and Matt Wilson.

I’ve done comic book frames before, but this time I wanted something that had more of an eclectic presentation. I snagged a variety of clear, unmatted frames from Target, and set about carefully sticking my comic books and limited edition postcard prints in them. Most of the larger frames contained the rare or crossover covers, with the others highlighting my favorite solo covers. There were a few, like Rumble, the exploded head, and Austin prints that didn’t make the cut. I’m keeping them handy in case I need to switch it around or expand the series. Finders crossed that they bring back the “face covers” again in the future.