littlelostRant: Who cares about Ronald McDonald? 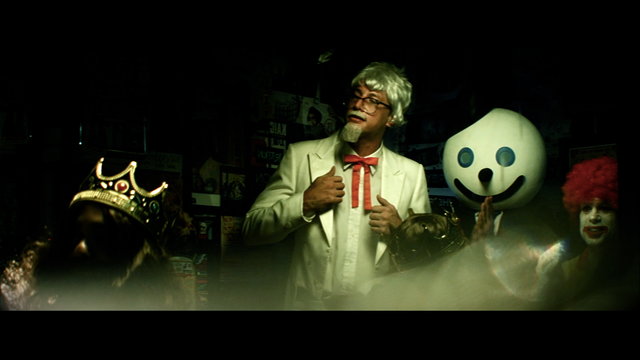 Inevitably when I’m wasting time in a comic shop for a long enough period of time, there’s always some older guy that comes into the store and starts wandering around. After seeing that he’s out of his element and frightened by all the freaky teen girl anime sculptures in glass cases, the comic shop nerd will soon ask him, “Is there anything I can help you find?” This will lead to a discussion about how the guy’s grandson or nephew is at about the age he was when he started reading comics, and would love to introduce him to the hobby. This is the point in the conversation where I hold my breath and think to myself, “wait for it…here it comes…” as the guy looks around, confounded by all the modern comics and replies, “Do you have any Archies or Little Abners?” Usually, the guy at the counter tactfully replies, “Umm…no. But we do have some Spiderman. It sounds like he’d really like that.” And the guy usually mumbles about how he wished there were comics available now like when he was a kid. It takes everything I have from blurting out, “Your kid will not give one $&%@ about Little Abner! Seriously.”

Anyway, this kinda brings me to the point of this blog post: Ronald McDonald. You see, Corporate Accountability International recently targeted McDonalds with their “Retire Ronald” campaign because they say that Ronald McDonald is marketed towards kids and is leading a trend towards obesity-related issues. I suppose it’s accurate (no adult is going to respond positively to a weird yellow clown man), and probably a worthy cause (though I don’t see it on the same scale of the whole “Joe Camel” controversy). I guess my real issue with their campaign is that they think Ronald McDonald is even relevant to children.


My daughter’s not quite at the age where she’s really aware of any of the fast food macots, but even then I’m not sure that he’d be seen in the same light as Dora or Santa Claus. Even as a young kid I pretty much recognized him as a corporate schill, and not someone that I’d like to hang out with and eat french fries. I see Ronald in same light as The Loony Toons characters, which already seemed old-timey when I was a kid, and I just sorta tolerated while growing up. Come to think of it: Is Bugs Bunny even relevant anymore? I’m interested to hear what those of you with kids think about Ronald McDonald, if only because my wife is probably tired of discussing it with me.

So in conclusion, I think that Mr. McDonald should be “retired”…just not for the same reason.

Related news: The most awesome you will ever see Ronald McDonald or any of the fast feed mascots is in Rad Omen video, “Rad Anthem”

2
I'm buying up all the pill pouches
Ouija Board, won't you help me?