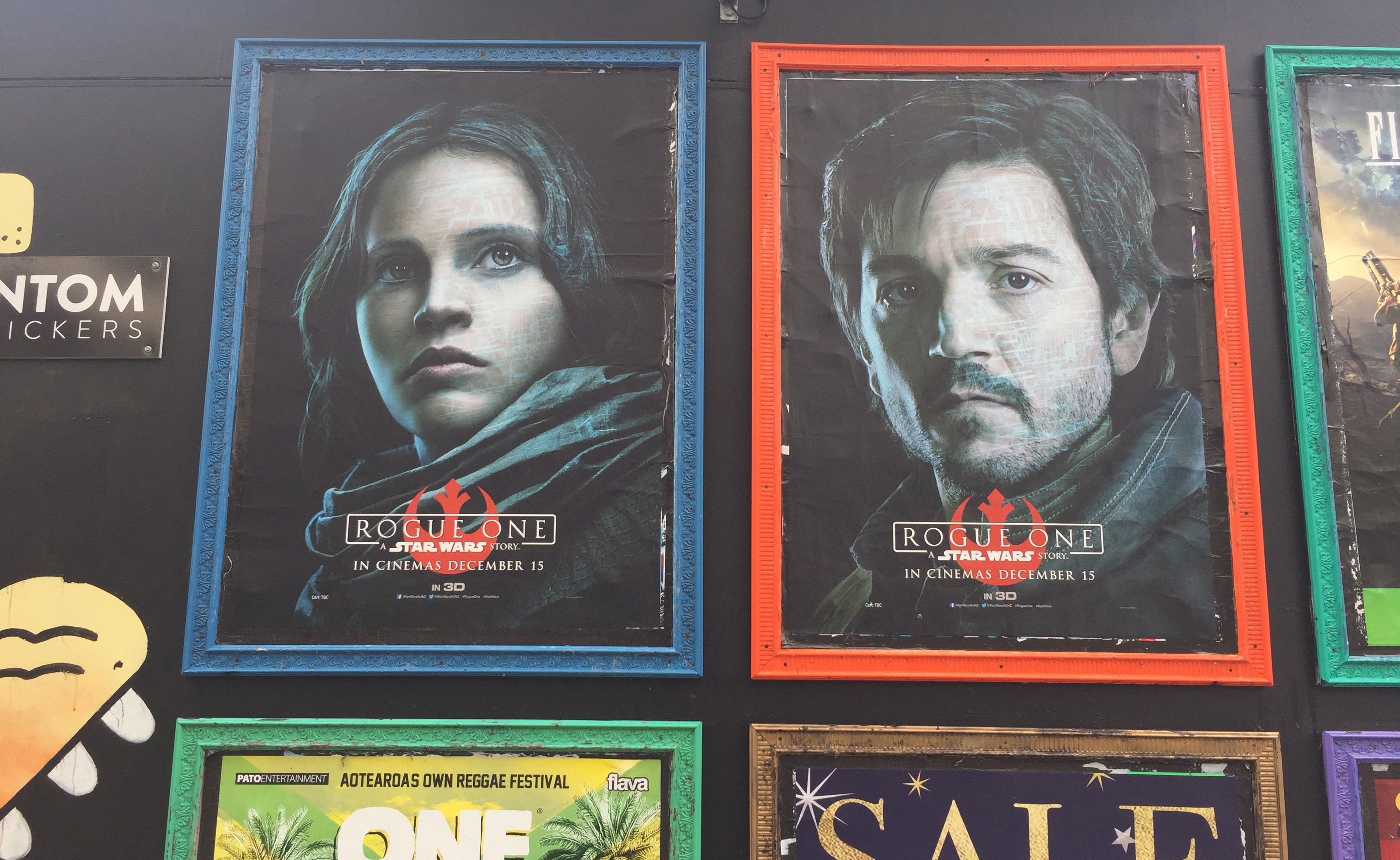 NOTE: I wrote this several weeks ago, but held off on publishing until now in order to reduce the surface area of attack for posting Rogue One spoilers.

I saw Rogue One on opening weekend in New Zealand. That’s not a particularly impressive statement if you live in New Zealand, or maybe even Australia. But people from just about anywhere else (or maybe Americans) might think that’s rad.

I remember the tragic moment when I realized that my holiday vacation plans interfered with the premiere date of the hotly anticipated new Star Wars movie. Do I wait several long, painful weeks until I get home to watch it? Um, hell no. I just figured that I would somehow fit it into my vacation plans, if the opportunity presented itself.

That moment came after a long day of hiking around the Wellington area, and my wife and son were intent on crashing early for the night, so my daughter Eliza and I sneaked away to get our nerd on. We raced across downtown in a taxi, listening to nineties hip-hop jams, while the driver asked me an uncomfortable series of questions about gun control in America. We arrived right about the time he inquired about any murders I might have witnessed, thinking it was just an everyday thing.

Anyway, here are some observations about my first New Zealand movie experience:

We nervously arrived at the movie theater 15 minutes before the show, but it didn’t matter because they gave us assign seats. Also people don’t actually enter the movie theater until the showtime, not 25 minutes prior to the show. It was a gloriously charming, old-timey theater, and I couldn’t have picked a better random place to see this movie.

It was no surprise that they didn’t provide ridiculously large, overpriced snacks at the concession stand. But one thing that did catch me off guard was how uncomfortably quiet the audience was during the show. Sure, people laughed or gasped at the appropriate times, but there was absolutely no cheering or conversation. Eerily considerate. Is that even a thing?

Actually there was one moment where someone was talking – the only time, in fact. It happened during the scene where Chirrut was dying in Baze’s arms, and a guy – with the most Kiwi accent ever – blurted out, “Oh. This is kinda gay, innit?” And no one acknowledged it. The force was one with us and we were one with the force.

The movie was spectacular, but you already know that. It was a perfect and memorable Star Wars viewing experience, which I later ruined when I explained to my daughter that Jyn and Cassian died along with the other squad members, and not hugging it out during a bright and beautiful sunset on the beach.