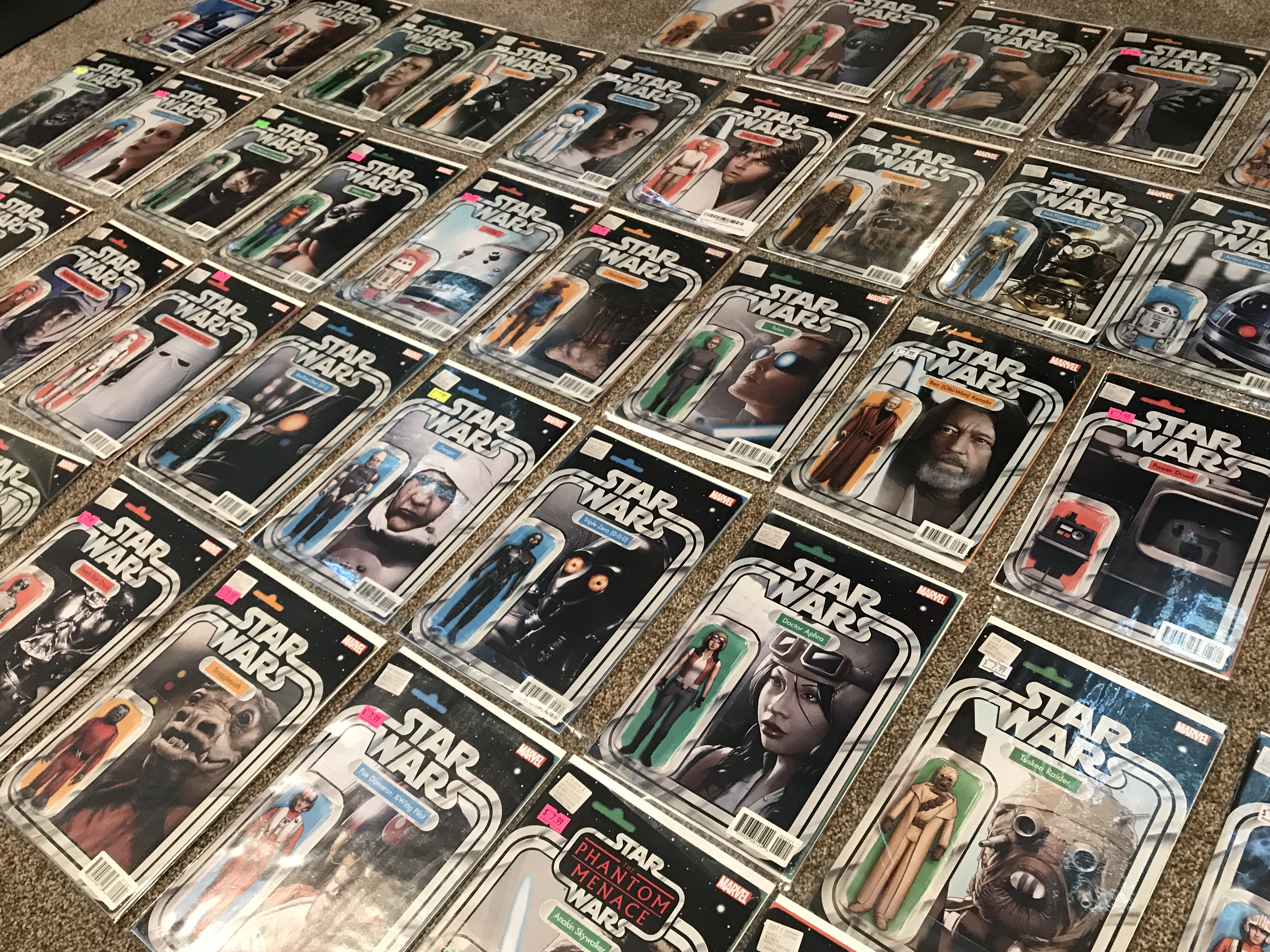 Here’s an updated look at my insane collection Star Wars action figure variant covers, of which I have all but Mr. Boba Fett. (I’m pretty sure) Back when they were first released I quickly scrambled to jump on-board, and now I’ve been steadily collecting them ever since. They just show up in my weekly pull list, so it’s been a very passive experience. But now that I look at them, scattered about on the floor, I feel a nerdy sense of shame accomplishment.

At this point there’s no reason to ever stop, so expect another one of these posts 2 years from now -most likely after I come to my senses and attempt to sell them off them on eBay.