I was in Las Vegas last week for some work-related stuff, so I didn’t have a chance to hit the comic book shop. Which totally killed me by the way, with the release of Caliban (Avatar Press) and ton of other titles I’m into right now. Amongst the stack were: Punisher, Crossed: Badlands, Black Science, Pretty Deadly, and God is Dead.

This week my stack – entirely Image Comics – is much smaller, but completely rad nonetheless. I snagged the debut issue of Shutter (which I just read and was blown away by), and the latest issues of East of West and Manifest Destiny. 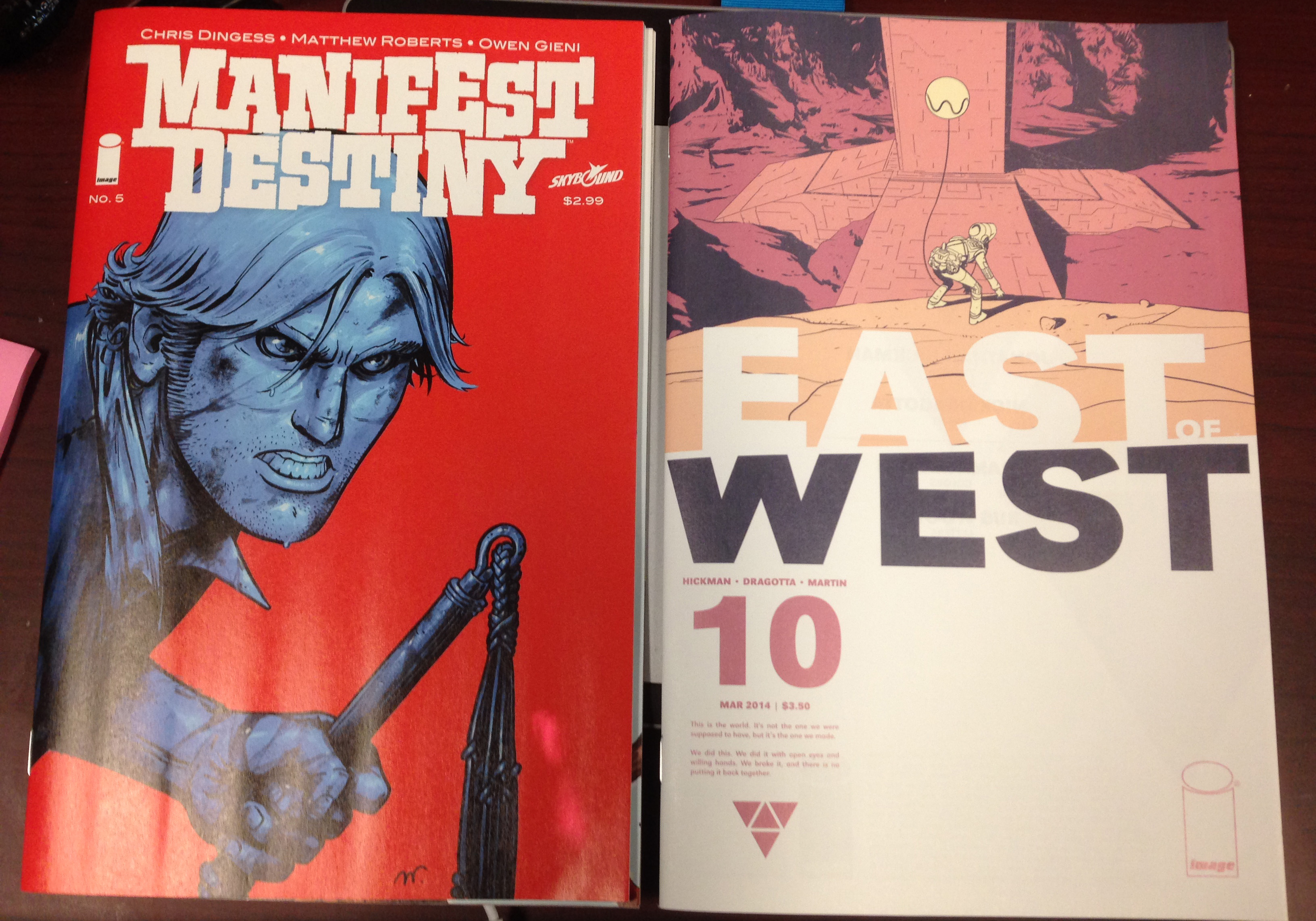 This week’s trip to the comic show was pretty light on the wallet, but teeming with the quality.

Manifest Destiny #5
I picked this one up, along with the reprint of #4, so I shall soon be caught up. I’m frustrated with myself for not finding this gem earlier, but thrilled that my local comic shop evangelized this title so heavily.

East of West #10
Loving every second of it East of West. There really aren’t enough Sci-Fi/Western/Asian/Armageddon books out there these days.