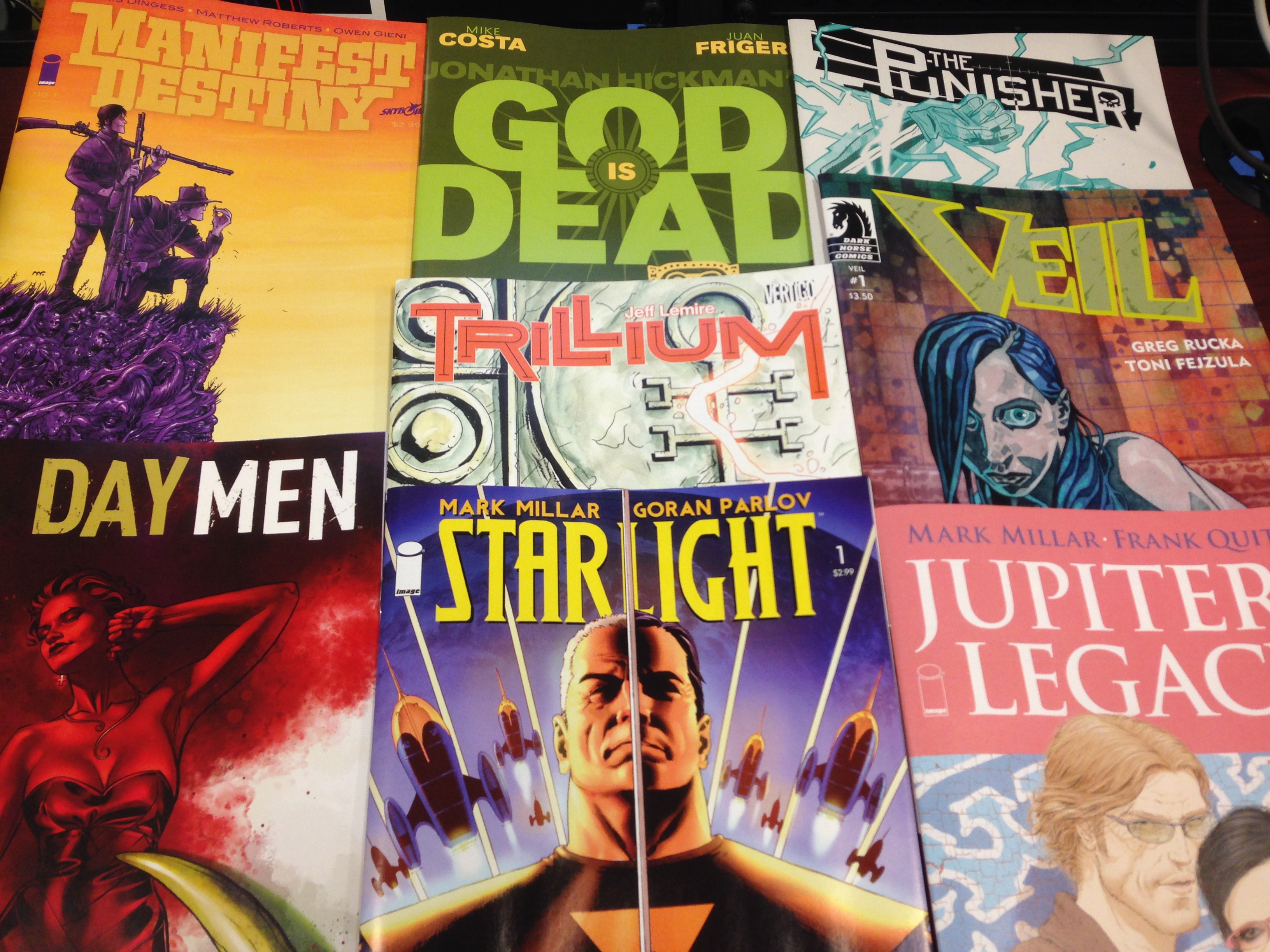 I had a heavy-ass stack of comics today when I left the store. Not all of them are pictured here (I’ll explain), but here’s all the noteworthy titles:

Manifest Destiny #1 (Fourth Printing)
Okay, so I’m late to the game on this title and since everyone has been raving about it, I grabbed the rest of the issues as well (hence the heavy stack). I love the art style, and I think I’m going to enjoy people dressed as old-timey fur trappers fighting monsters.

God is Dead #7
The battle against the God is swift and brutal, and I’m excited to see how the next story arc plays out.

Punisher #3
Does this book come out every two weeks or something? I can’t believe it’s already in the third issue – not that I’m complaining. I can’t wait to see Frank Castle beat the crap out of Electro (or any other dumb superpowered person for that matter).

Jupiter’s Legacy #4
The family drama is really ramping up, and I’m looking forward to all the puffy Frank Quietly people stabbing each other in the back.

Trillium #7
It’s that time of the month where I visit the quiet sadness that pervades every haunting frame of Trillium, and is pretty much my favorite thing about Jeff Lemire creator-owned projects.

Daymen #3
For someone that hates vampires as much as I do, I’m really into Daymen. Maybe because it’s about a human familiar that works for the bloodsuckers, or perhaps because it’s such a well choreographed story so far.

Starlight #1
I always love the start of a new Millar title. And since this one looks like golden age sci-fi, I’m probably going to read it first.

UPDATE: I ended up going back to the store today (Thursday) to snag Moonknight #1. Can’t believe I missed a Warren Ellis book!