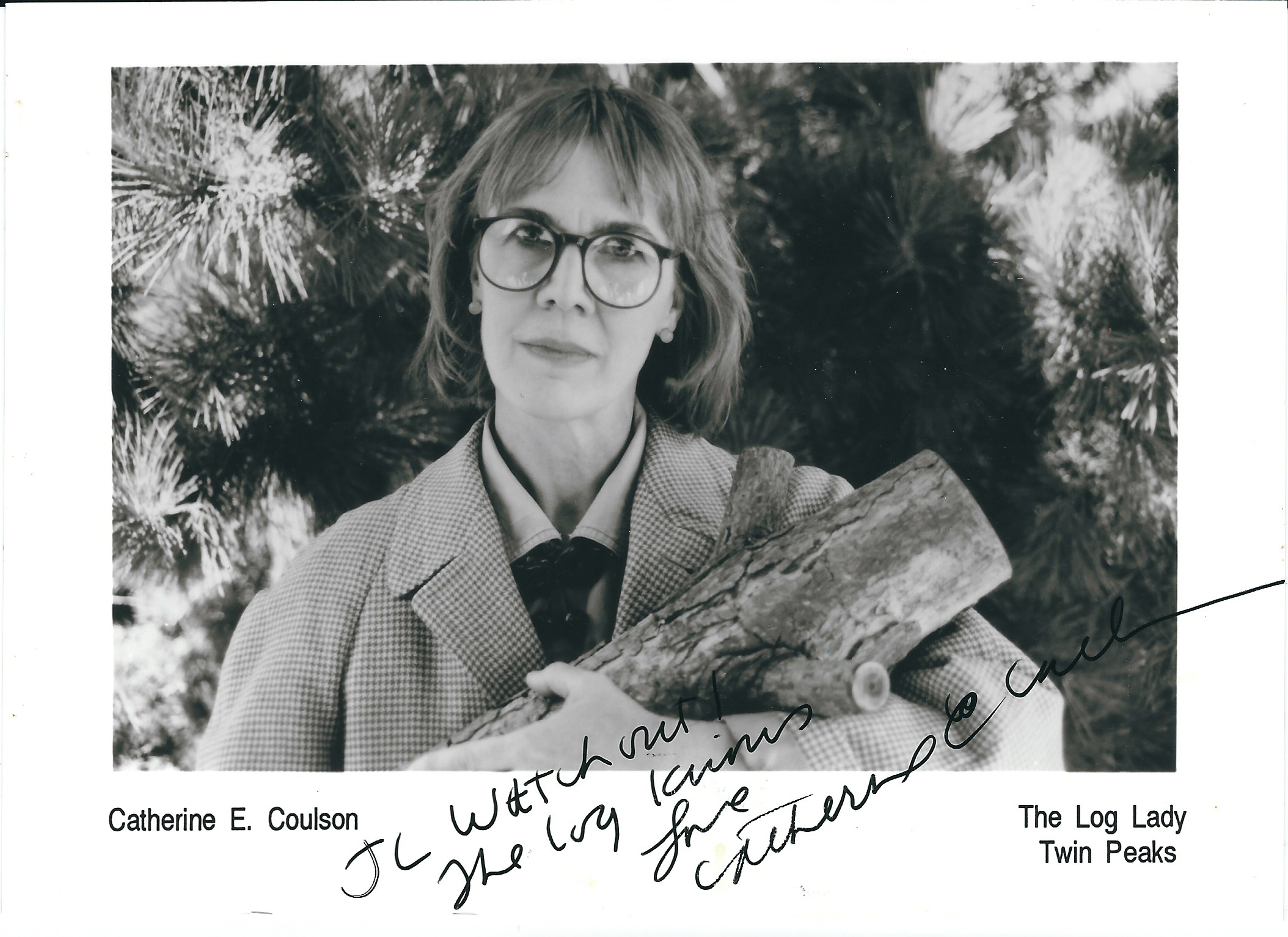 Twin Peaks fans have had quite a bit to rejoice about lately, with the series being revived by Showtime after 20+ years. So it’s not only sad, but bittersweet to hear about the passing of Catherine Coulson, known to fans around the world as the “Log Lady”.

It breaks my heart, especially after knowing first-hand that she was such a sweet person. I went to college in Ashland, Oregon, and she worked nearby at the Oregon Shakespeare Festival. Hearing from some colleagues that I was a super-fan, she sent me an autographed photo and a hand drawing of her infamous log, writing, “My log knows, JL” How rad is that? Several months later, she graciously signed her official trading card for me. (I had been carrying it around with me for several weeks before I ran into her). I have other friends from back then with similar, fun stories of meeting her.
END_OF_DOCUMENT_TOKEN_TO_BE_REPLACED