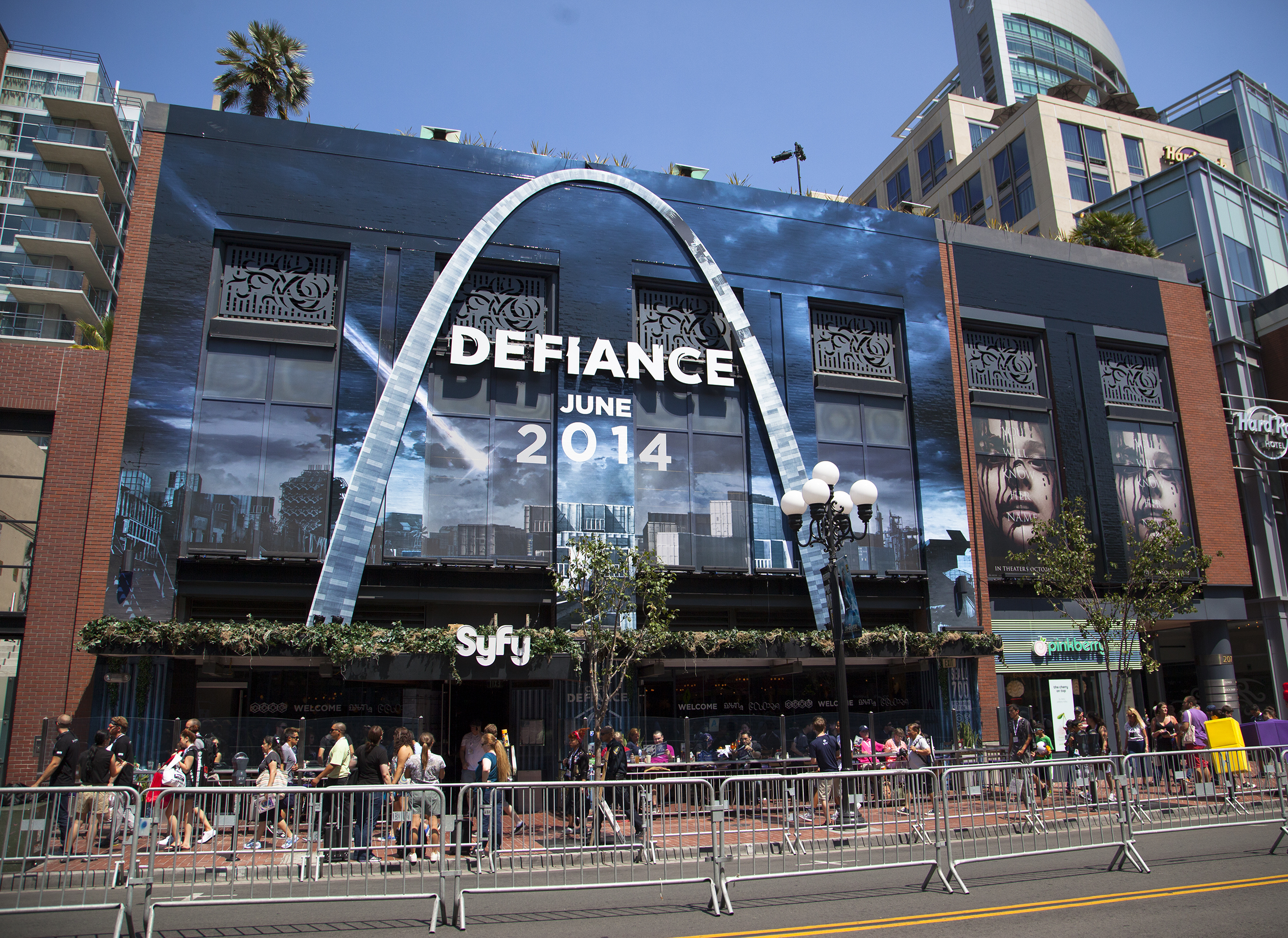 The fake community bulletin board was brilliant! The attention to detail was phenomenal, and all the jokes were funny, especially if you watch the show on a semi-regular basis. Closer shot outside the building.