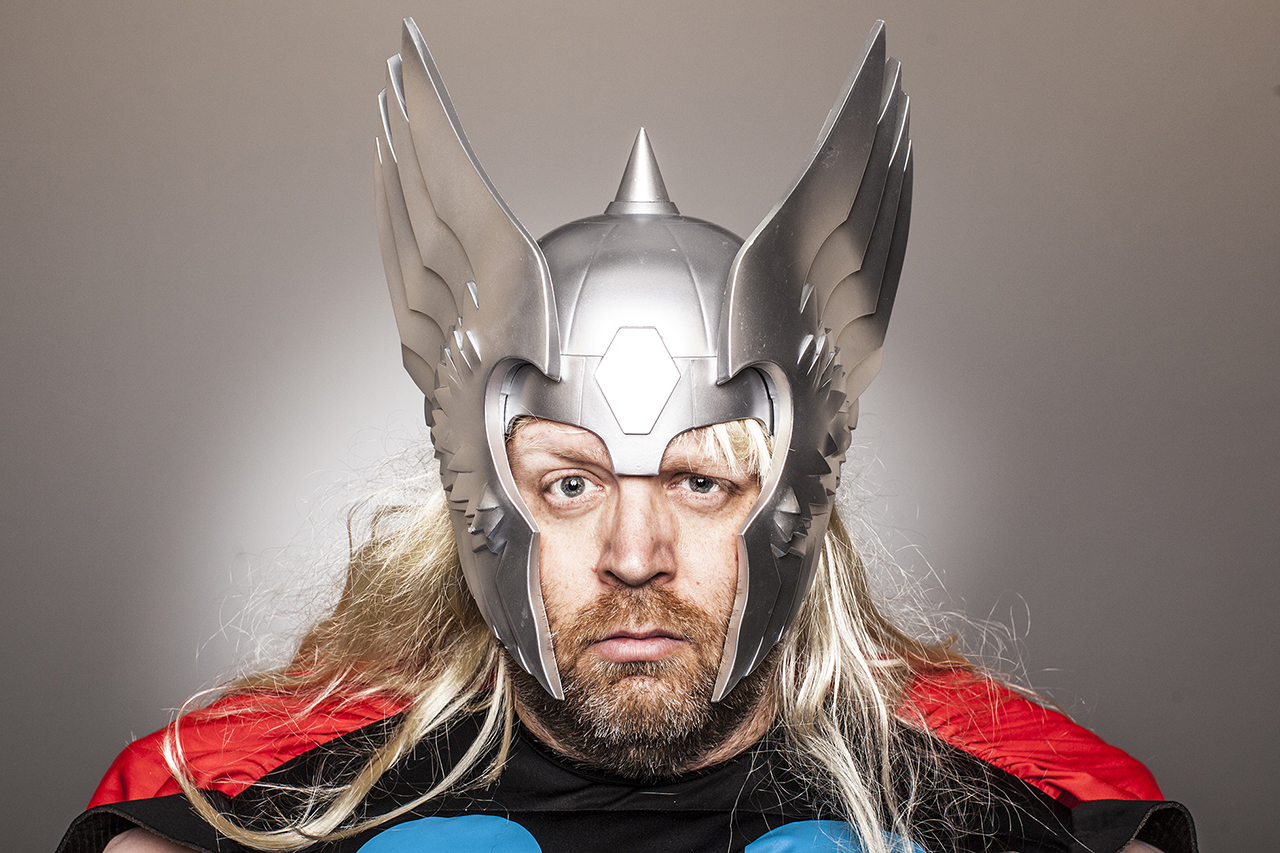 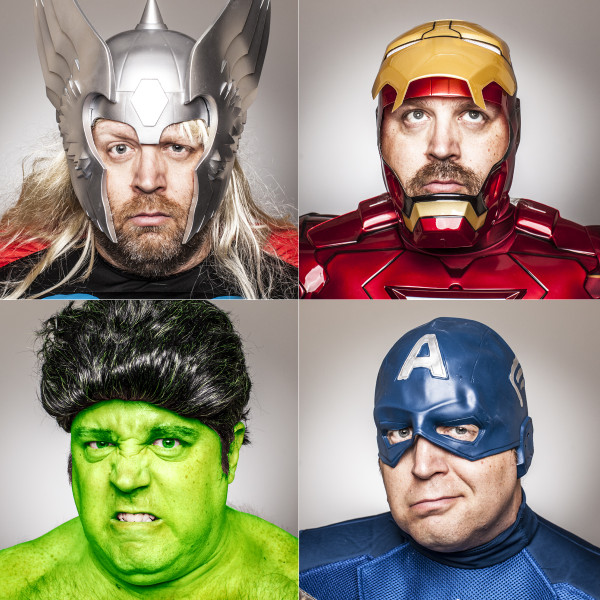 Here’s how my Avengers got assembled:
I grew out my beard for a few days until it seemed good enough for Thor, and then picked a quiet night in the studio to knock out the photos. (Studio setup photos below)

I snapped a ton of legendary Thor photos. Afterwards, I shaved my facial hair down to a goatee, to which I also added a a tough of black paint. Surprisingly, the ‘deluxe’ armor appears fantastically metallic when photographed. After I was done being Tony Stark, I went and got clean shaven.

The actual Captain America costume was really high quality build, yet came packaged with a lackluster rubber cowl. I was the lest thrilled by these photos. I looked (and felt) really douchey, freezing my face into a weird position that would prevent the mask from collapsing. I stripped down and put on a Marvel licensed Hulk wig. I was disappointed when I discovered the green facepaint was all dried out. I decided to apply the green skin in post, which worked out really well. Much more polished and radioactive looking than the sloppy looky I had initially envisioned.

For a very hastily planned cosplay photo event, I think it turned out remarkably well. At the very least, I got a few good avatars to use for Twitter.

Heres the super simple layout if you’re interested. Subject is in the center in a director’s chair with a 400w flash directly at my back. It’s slaved to a 800w flash behind a 65″ umbrella softbox. 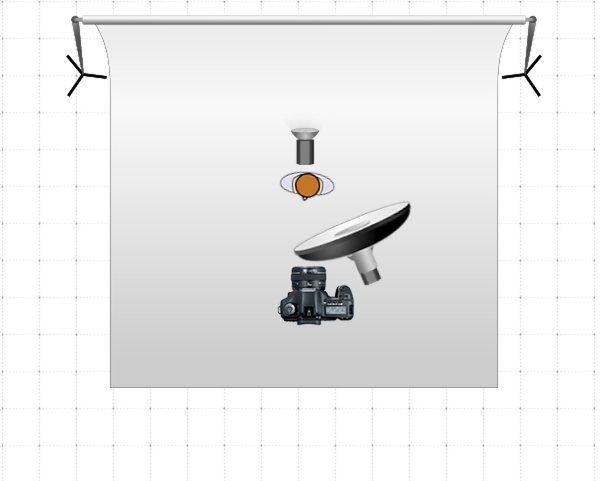 The camera is tucked right under the light, sporting a 85mm Canon L lens. The only real trick to the layout is a balance game, making sure the back light isn’t too hot to blow out the gray backdrop.