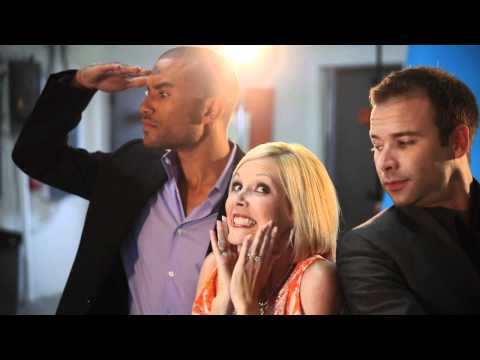 Work has been insane lately. We’ve been on the trajectory ever since the decision was made to re-brand the show, which means a new look, a strong brand position, and – as you’ll see from the video below – new anchors.

Here’s a featurette that I made last week (with the help of my marketing minions, Vinny and Morgahn), showcasing the new talent lineup – which officially became public today.

Not only are they a really hood looking bunch, they’re all really funny and incredibly smart. (This is in NO WAY an slam on the previous hosts, whom I wish nothing but the best of luck in their future endeavors.)