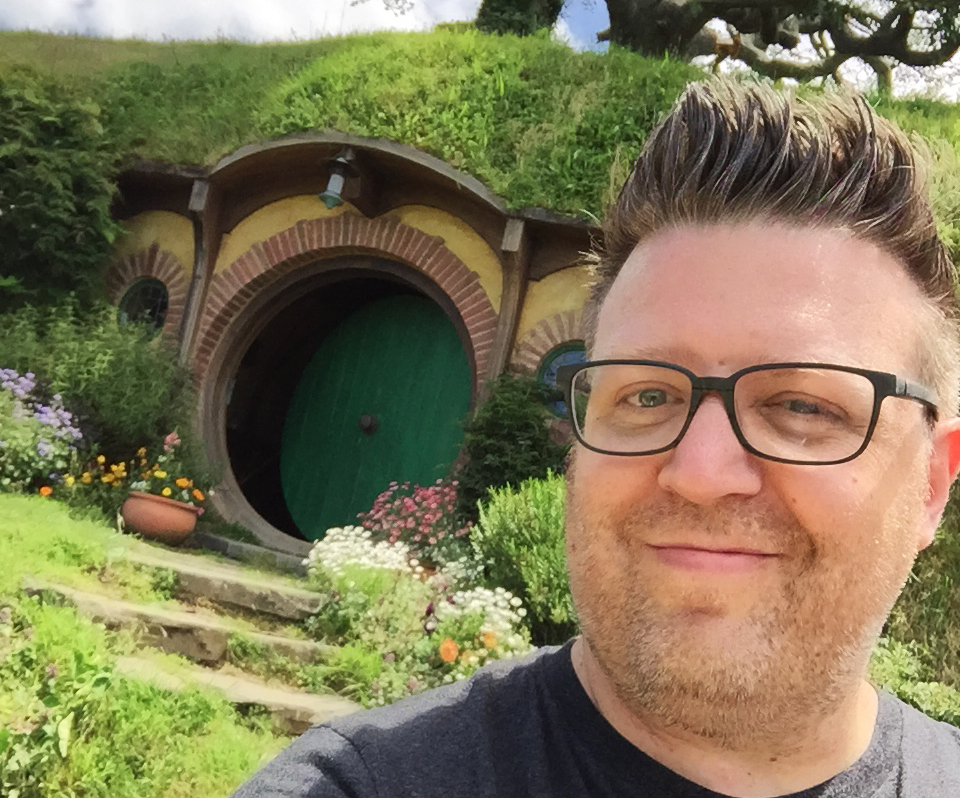 You know, polite conversation and all.

Even though this post is about visiting The Hobbit movie set, it really begins from the moment you step off the plane in Auckland, or better yet, Wellington, where you’re instantly greeted by gigantic sculptures from the films. And just about every touristy gift shop has something Lord of the Rings related on the shelves.

We had a delightful day driving through the rolling Middle Earth hillsides until we reach the farm lands that now server as a permanent tribute to the Peter Jackson films.

The sheer magnitude of this movie location is hard to really comprehend until you’re there, maneuvering tiny paths between hobbit homes. Early on in our tour, the guide let us know when we’ll be passing by the the more significant homes, so that we don’t get too fatigued in photographing the over fifty dwellings in the small town.

Each spot, even if it was only on camera in the background, for a fleeting second was fully realized with props and decor. To say it was immersive would be an understatement. And I truly do appreciate the effort, especially after traveling across the globe to be there.

It was quite surreal to find myself at Bilbo’s residence, Bag End, or two have complimentary beverages in the Green Dragon.

We spent hours in Hobbiton and the surrounding areas snapping way more photos that I have time to curate or process. It was fantastic experience and a can’t miss part of your New Zealand travel plans.