While I found the whole film to be brilliant, it’s the final moments of Let The Right One In that forever sealed it in my subconscious. Apart from all the bloody dismemberment, there’s something quite haunting about the pool scene. It’s a flawlessly executed sequence, with slow-burning tension. The part that left a lasting impression for me was the synth-pop tune “Flash in the Night” playing on the radio. It’s this one small added detail that lent a haunting realism to the moment. The song immediately triggers for me a flood of nostalgia and emotional triggers.
END_OF_DOCUMENT_TOKEN_TO_BE_REPLACED

It’s time for another completely rad CHVRCHES cover song! This week (it does seem weekly doesn’t it?) they’re putting some much-needed bleep and bloops in Lorde’s “Team” on BBC Radio 1’s Live Lounge. Damn, what I wouldn’t give to hear them cover “Royals.”

The Chvrches trio has wasted no time in getting their new label Goodbye Records and first signed artist, Soak off to a proper start. While I think that Soak is immensely talented, I haven’t had her music in my regular rotation (apart from haunting my very soul – does that count?), so I’m thrilled to have this electrified Chvrches remix of her first single “Blud.”

They do an amazing job of picking up the page and adding their signature electronic flourishes, while maintaining the soulful integrity of her lyrics and sound.

CHVRCHES totally slay “Do I Want to Know?”

It seems like a week doesn’t go by where the electro-pop trio CHVRCHES haven’t done something awesome or unexpected. Fresh off the heels from their cover of the Bauhaus classic, “Bela Lugosi’s Dead” they’re putting their spin on a current indie hit, “Do I Want to Know” by The Arctic Monkeys. The original track is already perfect in its own right, but the gang puts their own sublime spin on the ?track (which really comes together when the chorus kicks in).
END_OF_DOCUMENT_TOKEN_TO_BE_REPLACED

I was somewhat shocked and pleasantly surprised to find this audible delight in my news feed today. It’s from CHVRCHES (my favorite band of the moment) covering the classic goth Bauhaus track, “Bela Lugosi’s Dead”.

Do we call it a ‘track’? Or were they only called ‘songs’ or ‘cuts’ back in the day? Well whatever the case, it’s certainly a track now, among many others on the Vampire Academy soundtrack. At first glance, the idea of this particular cover is quite intriguing, but even before I clicked the play button I resigned myself to the fact that it’s not going to be the original track. And why should it really?

The track, which stirred up some strong opinions on Soundcloud, is a delightfully synth goth-lite version. Knowing CHVRCHES fascination with 80’s horror film scores, I was hoping that it would drift into darker waters. However, I think their interpretation is a perfect pairing for a teen vampire flick…and another nice addition to my growing collection of CHVRCHES cover songs.

You’ve probably heard this before. I’m a HUGE fan of the Glasgow indie synth-pop band CHVRCHES. Their debut album is sublime and they canpretty much do no wrong in my eyes, so don’t even try to convince me otherwise.

Anyway, I recently caught the first-leg of their North American tour, starting at the historic Fox Theater in Oakland. That’s how much I love this band; I risked my life to see them live in Oakland. While everyone around me held their smartphones in front of them for the duration of the concert, I waited patiently until the right moment.

This moment in particular is when the slow, melancholy song “Tether” suddenly explodes in a fury of synthesizers and epic awesomeness. The live version did not disappoint. Face melting awesome. 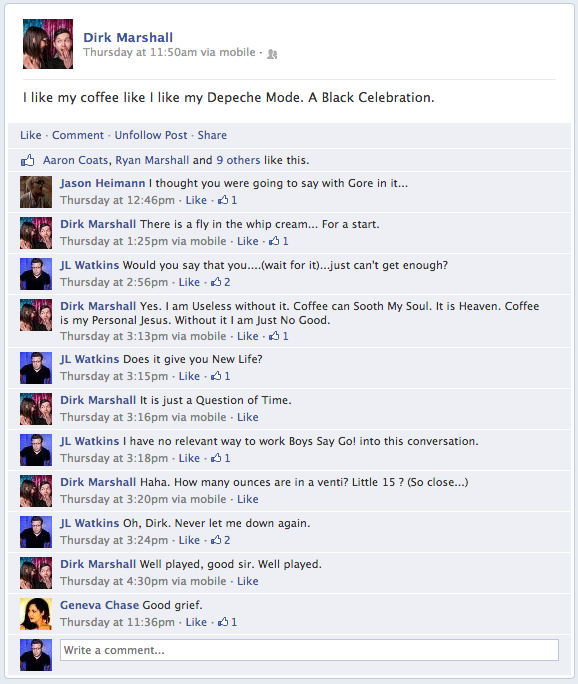