The Tardis at Earl’s Court Station

When I first realized that I was being sent to London on business, the first thing I did after booking my travel was to locate the nearest Tardis. Well, the closest thing I could find to a real-life Tardis anyway.

I threw down a Google query for “police boxes in London” and found a nifty site called The Police Box Map which lists all the various old-timey police boxes left in London area. It even describes them so that you don’t end up at a different colored box by mistake. I quickly determined that there was a perfect box just a short walk from my hotel and the conference center I’m working from.

Heading to London in 2 weeks for some video shoots. Before planning anything else, I've already located the Tardis nearest to my hotel.

Fast forward a few weeks and I’m walking the streets of foggy London town. Before I could even really look for it, I stumbled across the police box just outside Earl’s Court Station. Despite being surrounded by garbage and at the edge of a very busy road, I was thrilled to snap some photos.

I’m not really one to take a ton of selfies, but I couldn’t resist. Not to mention that was pretty much my only option, as I was traveling alone and only had my iPhone to take snaps. 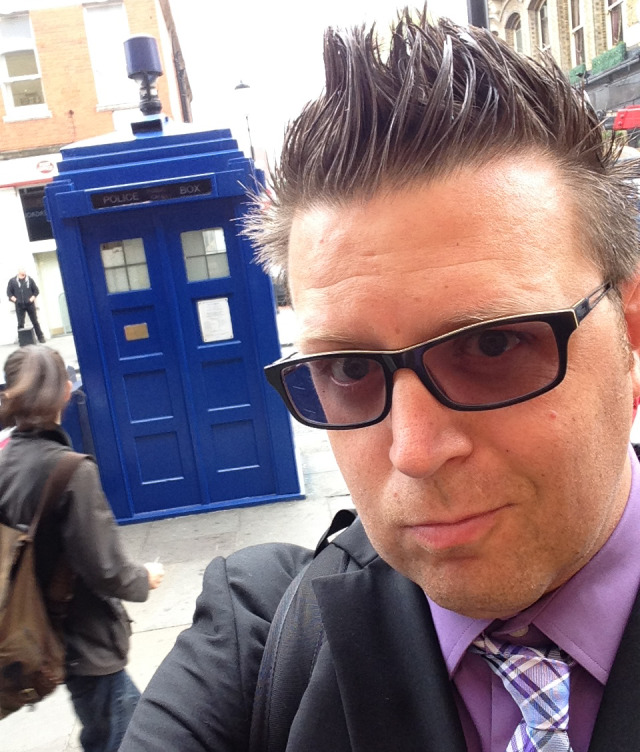 I love having geeky little adventures, and the Earl’s Court Tardis fit perfectly into my larger travel plans. If you’re riding the tube in the area, it’s just a quick stop off the Picadilly line.