Times Square Spiderman Is Less Than Amazing (and Kinda Homophobic)

While traversing the touristy stream of human humanity that is the streets surrounding Times Square in downtown NYC, there are plenty of amazing characters to behold. And then there’s the Spiderman. (One of them anyway). My Tardis companion, Morgahn and I stumbled across him, as he “swung” from a utility pole on his “web” making sounds effects and chanting “Hero! Hero!”

It was at that moment that I decided to sneak a photo of him in action. However his Spidey sense went off and we got sucked into a conversation and taking some photos with him. He speaks in a thick Eastern European accent which lead me to believe that this might not be the actual Spiderman I’ve been reading about in the Daily Bugle. Spidey spent the next thirty seconds talking about how he “needed to be a hero to all the little kids” and then started talking about “Adam and Eve, not Adam and Steve” as if he make up the stupid joke. At this point, I said, “Listen, Spiderman, I don’t want to listen to this bullshit from you, we just want to take some pictures.” He went on about how we was just kidding (but not really) and then did a number of action poses with Morgahn. 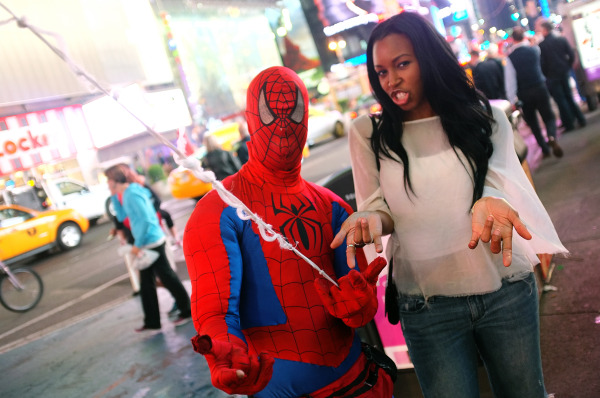 Then I persuaded him to do multiple acrobatic routines involving pole climbing, at least that way we felt our three dollars was well spent. He might have been a little rough around the edges, but I think he’s definitely onto something with the fanny pack. 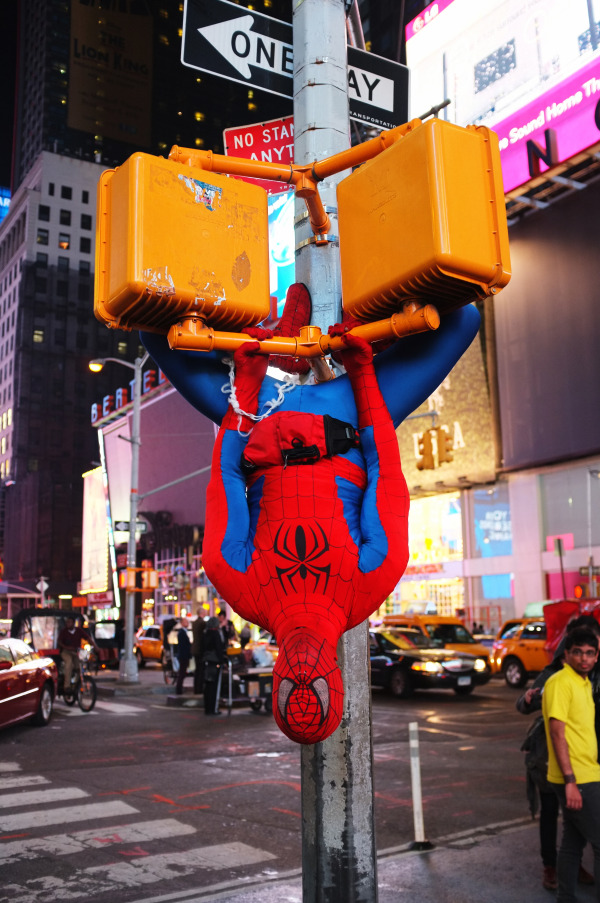